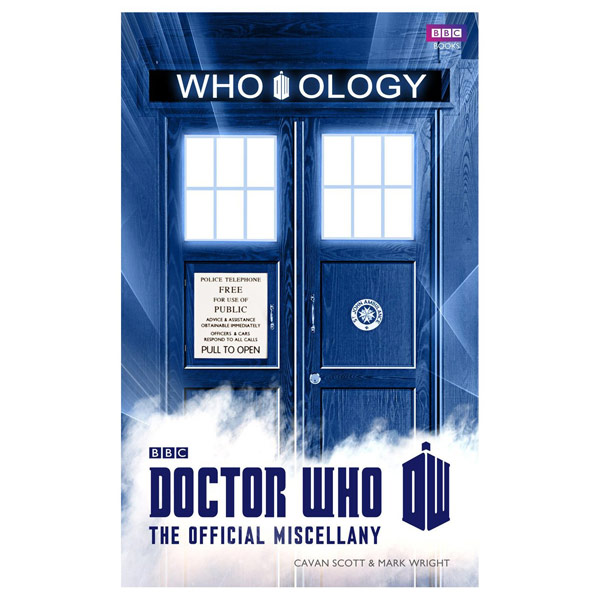 Did you know that William Hartnell was offered the role of Doctor Who on July 12, 1963? Can you name 40 different ways to destroy a Dalek? It all becomes common knowledge after reading Doctor Who: Who-ology, a collection of facts, figures, and survival guides that takes you from the junkyard on Totters Lane to the Doctor’s grave on Trenzalore.

You might live and breathe Doctor Who but there’s still a good chance this 352-page book will teach you something because it’s packed with Whovian goodness from cover to cover, offering insight, little-known details, and behind-the-scene information that span Doctor Who’s entire 50-year run on television. Some of the juicy tidbits you’ll learn include:

And remember… you can get a sneak peek at the first 50 pages by visiting RandomHouse.co.uk and clicking ‘Read an extract.’

Don’t judge a book by its cover? Everyone does, and these Run for Cover eBook Covers will make sure that everybody judges your reading material properly. The explosion in the popularity of eReaders has almost made book covers a lost art, with just about everyone […]

The U Record Music Convertor allows you to easily convert your analog music collection into digital files. Simply hook it up to your cassette deck or record player and you’re good to go.

Record buffs will enjoy having vinyl stuff in their home that’s made from real, recycled vinyl records, like the Recycled Record Bookends, Recycled Vinyl Record Guitar Picks, and Real Vinyl Bowl. And while these Record Magnets aren’t really made from real vinyls, they sure look like […]

Doctor Who: The Visual Dictionary

For all you fans of Doctor Who, you are going to love Doctor Who: The Visual Dictionary.  This book describes in detail all the characters, aliens, tools, gadgets and other space knowledge that the Doctor has come across during his adventures with Amy and  Rory.  […]

I don’t think that I’ve ever seen the Doctor wear a Polo shirt, but if it had a Dalek on it or an image of the Tardis, I can certainly see him trying out the look. Well, no matter how the Doctor dresses, you will […]