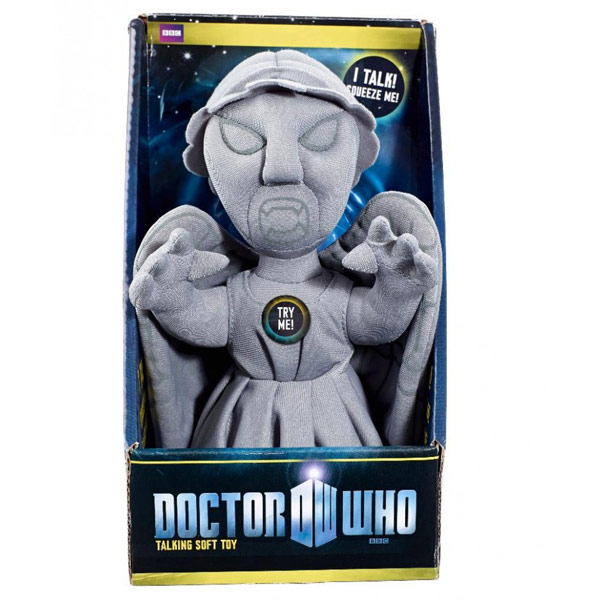 Don’t blink. Do not look away. Don’t even think about blinking. But feel free to squeeze and hug this Doctor Who Weeping Angel Talking Plush, because it is cuddly and soft.

Weeping Angels are one of the Doctor’s most feared villains, but you won’t be afraid when you snuggle up with this version. They have been called the ‘loneliest beings in the universe,’ so give them some love.

It makes a nice gift for just $23.99 from Entertainment Earth.

There’s only one way I’d want to cross paths with a Weeping Angel, and the stylish picture on the Doctor Who Don’t Blink Premium T-Shirt is that way. I’m a huge fan of Doctor Who, and the Weeping Angels have to take the #1 spot […]