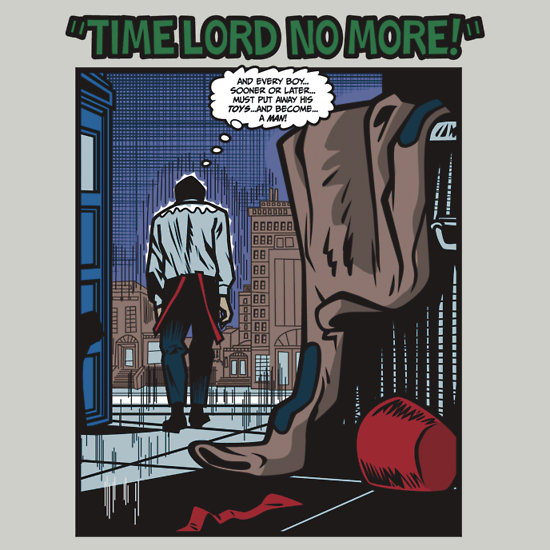 Traveling through time and space could be a fun adventure, but it might get old after a few centuries. The Doctor Who Time Lord No More T-Shirt reveals a possible moment in time when the Doctor might decide retiring is more sensible than running off for another adventure. After all, he was a brash, young thing when he first stole the TARDIS. 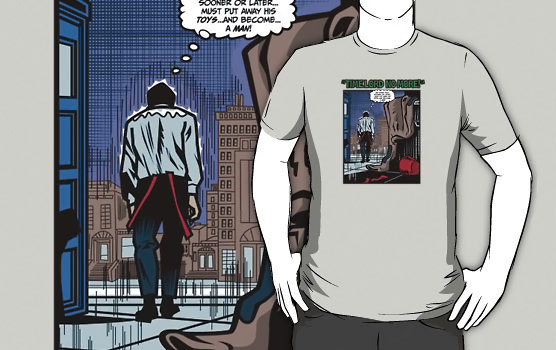 Comic book fans might feel like they’ve seen this image before, and they’d be right because it’s an iconic scene in one of the Spider-Man comic books. The shirt even uses the same line about a boy putting away his toys to become a man. 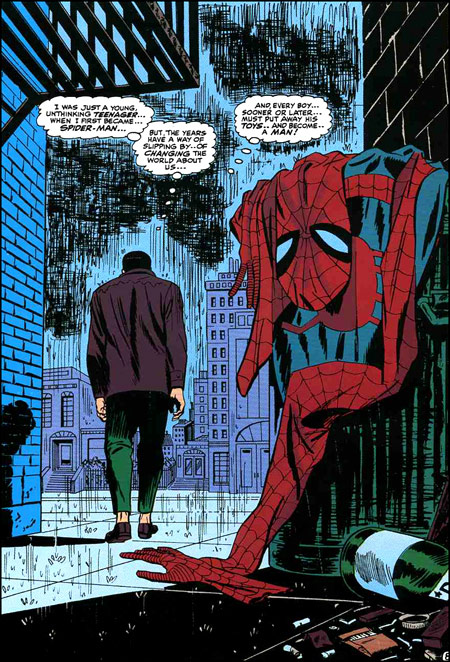 The Doctor Who Time Lord No More T-Shirt is available for $25.56 at RedBubble.com.

It’s the same ‘Disco Doctor’ image we’ve seen floating all over the Internet but the Doctor Who Rebel Time Lord T-Shirt is the first shirt to add Peter Capaldi’s 12th Doctor to your Whovian wardrobe, and every Doctor has to start somewhere, right? We haven’t […]

The Doctor has regenerated once again, which means it’s another round of old fans leaving, new fans arriving, and die-hard fans sticking around like always. The Time Lord Comics T-Shirt is one of those rare items capable of appealing to all three groups. The new […]

Who is the real thief? The Doctor Who Stole A Time Lord Girls T-Shirt puts a different spin on a tale the Doctor has told before. Time Lord. Savior. Defender. Doctor. Thief??? Yes, the Doctor himself has said he stole a TARDIS because he wanted […]

What do you get when you combine Weeping Angels, sonic screwdrivers, and the TARDIS together? You get the awesome Doctor Who Time Lord and Proud T-Shirt, which features three of the most iconic elements of the Doctor Who television series. The Daleks and Cybermen have […]