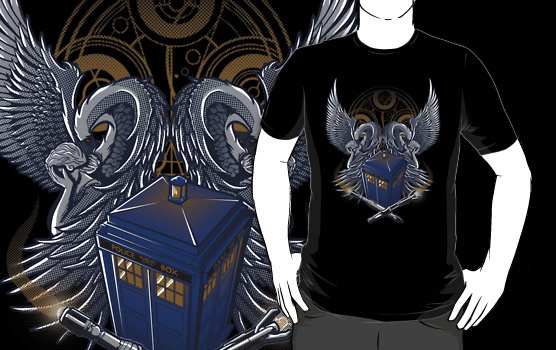 What do you get when you combine Weeping Angels, sonic screwdrivers, and the TARDIS together? You get the awesome Doctor Who Time Lord and Proud T-Shirt, which features three of the most iconic elements of the Doctor Who television series.

The Daleks and Cybermen have been around longer but the Weeping Angels quickly became the symbol of fear for Whovians… possibly because I can’t recall ever seeing a Dalek or Cyberman in real life but statues seem to be everywhere.

Along with the energy-sucking Angels, the shirt also features the sonic screwdrivers of David Tennant’s Tenth Doctor and Matt Smith’s Eleventh Doctor, and it just wouldn’t be right if the popular blue police box wasn’t featured. 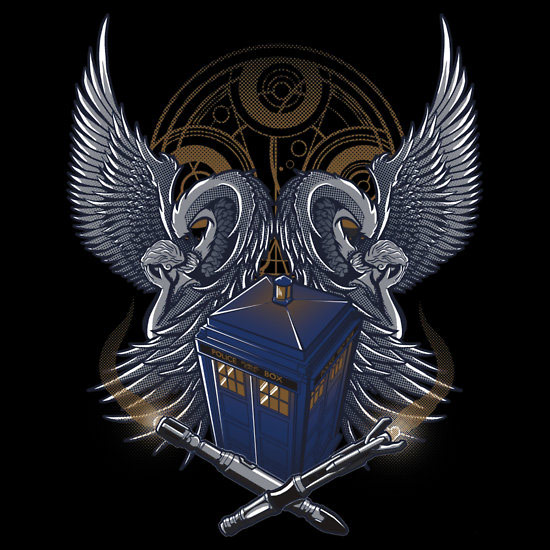 You can show your Whovian pride with the Doctor Who Time Lord and Proud T-Shirt for $25.99 at RedBubble.com.

David Tennant gets cute and cuddly as the Doctor Who Tenth Doctor 9-Inch Medium Light-Up Plush, and he still even has that wild hair. Dressed in his blue suit and red sneakers, the Tenth Doctor is ready to use his light-up sonic screwdriver to take […]

Doctors and angels and Daleks! Oh my! The Doctor Who Tenth Doctor T-Shirt is packed full of Whovian goodness. The Tenth Doctor returns… on this shirt designed by SRB Productions, at least. Technically speaking, if time is like a big ball of wibbly wobbly time-y […]