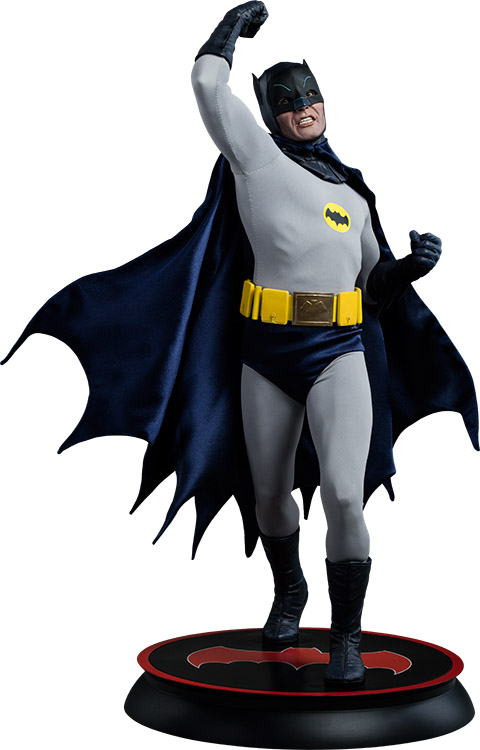 Celebrate half a century of the Caped Crusader with the Classic TV Series Batman Premium Format Figure.

Adam West first took on the scum of Gotham City in 1966 as TV’s not-so-Dark-Knight, and he’s still fighting crime 50 years later thanks to a cult following and cool collectibles like this 22-inch-tall figure that features West’s Batman getting ready to deliver an awesome POW… and maybe even a KA-BLAM!

The authentically-tailored fabric costume includes details such as a retro-styled Bat emblem, a scallop-edged cape, and Batman’s always-useful utility belt

The Classic TV Series Batman Premium Format Figure will be available Mar 2017 – May 2017 but it can be pre-ordered now for $450 at Sideshow Collectibles.

The Merc with the Mouth gets all glowy with the violence on the Deadpool Blam Blam Blam Glow-In-The-Dark T-Shirt. Made of 100% cotton, this black tee features Deadpool two-gunning a bad guy, showing that he has more than enough bullets to take care of business. […]