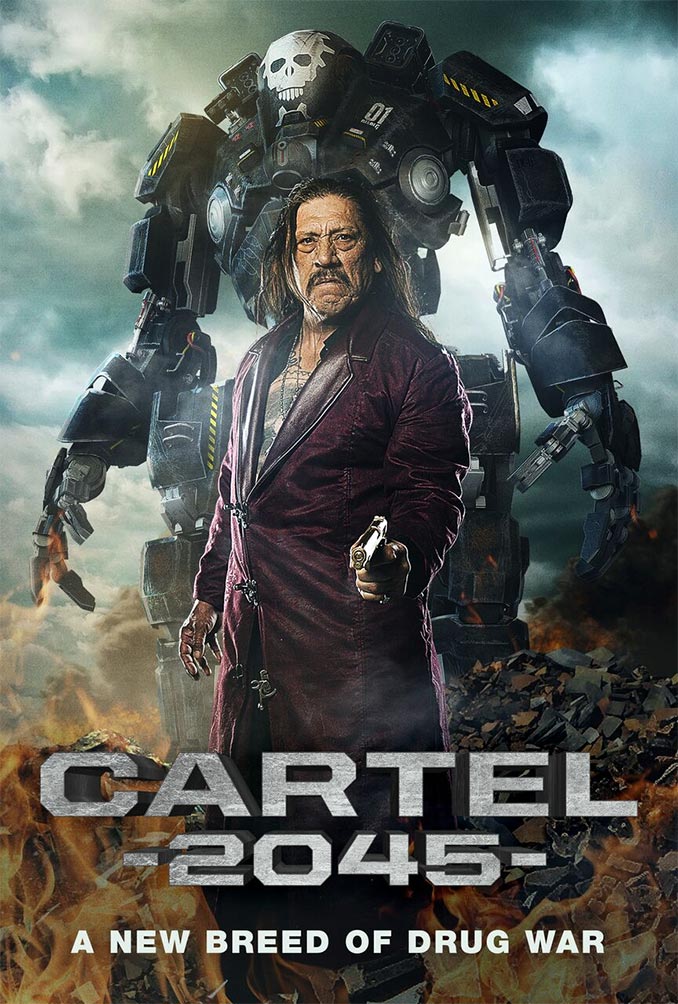 Watch the new Cartel 2045 Movie Trailer starring Danny Trejo (Machete, From Dusk Till Dawn). This futuristic grindhouse sci-fi movie shows what happens when Mexican drug cartels get their hands on advanced military robots. It is directed by Chris Le, and besides for Danny Trejo, the film also stars Alexander P. Heartman, Brad Schmidt, and Blake Webb.

One last mission. Retrieve the asset. Go Back to Your Family.

The year is 2045, the continuing drug war has caused havoc between The United States and Mexico. Gear Side International, a robotics engineering company on the brink of bankruptcy, sells off their technology to the Cartel on the black market. With the advanced military robotics technology in the wrong hands the cartel uses it to their advantage; replacing their enforcers, hit men, and soldiers.

All you military geeks out there who have the iPad2: here is a protective Gumdrop Military Edition iPad 2 Case to match your gear.

If you’re a fan of vintage cameras or military equipment, then you are going to love the Gizmon iCA Military Edition iPhone Case. Designed to look like Leica rangefinders used by Military Photographers, this iPhone 4/s case will take you back in time every time […]

If you like robotics and enjoy cutting-edge technology, you’re going to love the TechJect UAV Robot Dragonfly. These micro flyers began as a concept backed by a one million dollar grant from the US Air Force and spiraled into a fully customizable UVA for personal […]

While it hasn’t been officially announced as of yet, the United States Zombie Hunting Permit Sticker is a good start to the idea of Zombie hunting. The walking dead are going to be a big nuisance and every gun loving American should get to have […]