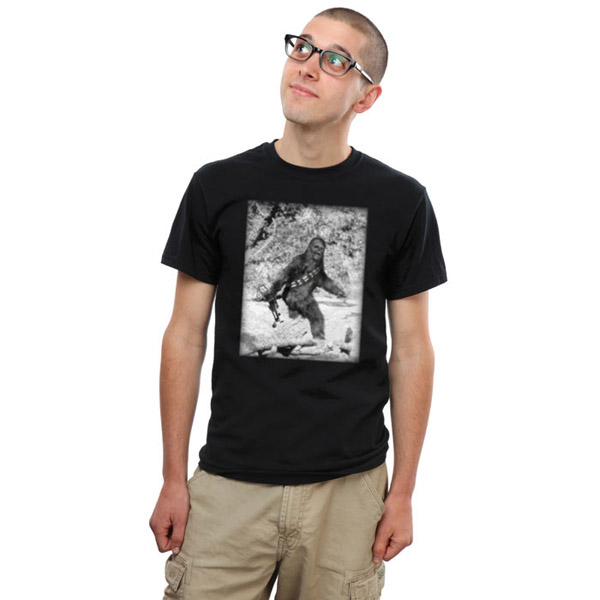 The truth is out there and the Bigfoot Chewbacca T-Shirt proves that Bigfoot really doesn’t exist. That old blurry photo simply captured a Wookiee taking a break from battling the Empire.

Almost everyone has probably seen that old, fuzzy, black-and-white photo of a blurry shape in the woods. It was assumed to be the legendary Bigfoot, but modern photographic technology has revealed Bigfoot to be Han Solo’s friend and co-pilot, Chewbacca.

Just like the original photo, the image of Chewie is blurry. It’s actually meant to be that way so if you’re hoping for a razor-sharp photo of the furry Star Wars star, you’ll have to grab a camera and take it yourself… and hope you get lucky enough to stumble across the elusive creature. 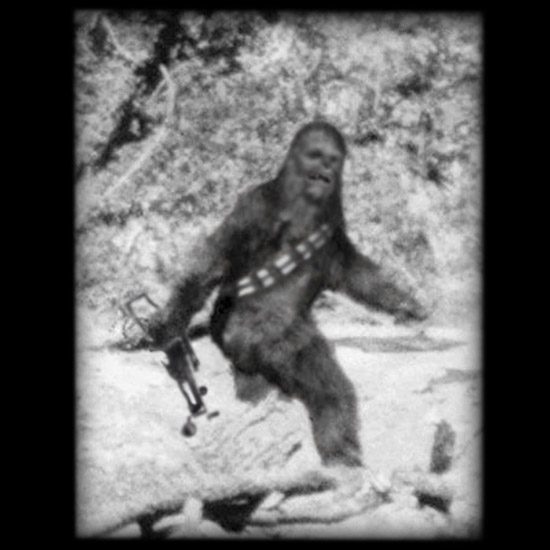 The Bigfoot Chewbacca T-Shirt is available for $19.99 at ThinkGeek.com.

Do you believe in Bigfoot? Maybe these Bigfoot Bandages will convince you. You have to believe in a creature that helps heal your ouchies. He probably endorses these bandages because he walks around in the woods all day getting cut up. Now he wants to […]

Does Bigfoot really exist? He does now and he is on your tree! This Bigfoot Glass Ornament will put the Sasquatch right on your tree, which is kind of his natural element. All you have to do is hide this 6 1/4-inch tall Bigfoot Glass […]