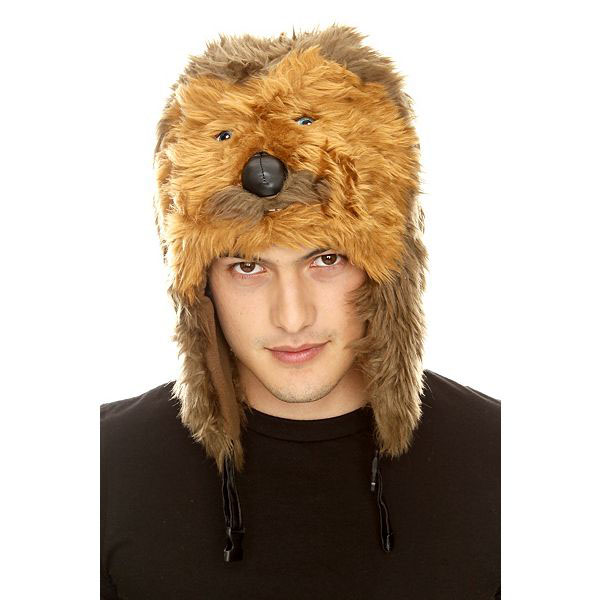 Like many Star Wars fans, I’ve seen the movies way too many times to count and it never ceases to amaze me that Han Solo can actually understand Chewie. Am I missing something here? Do I need to get my hands on the How to Speak Wookiee Book? Seriously, when did Han pickup Wookiee? Was it in between his princess saving, Empire bashing transport runs?

It doesn’t really matter anymore, since we’ve got a new way to get in Chewbacca’s head. The Star Wars Chewbacca Fur Hat lets you go all “Silence of the Lambs” on Chewie without having to really hurt our favorite wookiee. 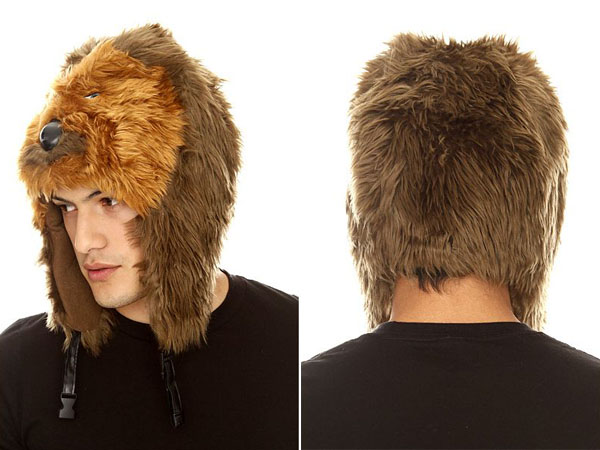 This hat is made from 100% polyester and is design to wrap around your entire head for warmth. Each earflap has a buckle so you can ensure that Chewbacca stays on as you hit the slopes.

You may never really know what Peter Mayhew was trying to say when he spoke wookiee, but at least you can always have Star Wars on your mind. You can purchase the Star Wars Chewbacca Fur Hat at Hot Topic for $22.13.

UPDATE August 2012: You can get the Star Wars Chewbacca Hat for $17.99 at Entertainment Earth.

No more Space Invaders baby hat jealousy, now you can get an adult size one – as long as you master the art of knitting (or know someone who does):

While most of us prefer casual dress most of the time, there are occasions when it is important to look our best and more formal clothing is required. For men this includes wearing a crisply pressed dress shirt. However, after a long day/night of interviewing, […]

Remember those awesome Chewbacca Seatbelt Covers from Etsy that we introduced you to years ago? Well now there are three new Chewbacca Seat Belt / Shoulder Strap Covers. All of them use faux fur to look like Wookiee under Chewbacca’s bandolier. They use velcro so […]

With the cold winter months here to stay, there is nothing warmer than Wookiee fur. Sure you could lightsaber zip open your TaunTaun Sleeping Bag, but are you really going to walk the street with that? What you need is a set of Wookiee fur […]

Han Solo might have played the role of a lowdown smuggler, but he wasn’t stupid. If I had a seven foot tall Wookiee as a friend/bodyguard I would never travel the galaxy without him either. Sadly you can’t have the real thing, but you can […]

Nothing keeps your canned beverage cool like a walking carpet. This Star Wars Chewbacca Fur Can Hugger will hug your can with the power of Wookiee fur, but don’t worry, it won’t use its Wookiee strength to crush it. Nobody messes with Chewbacca, so nobody […]