Watch the Big Legend Official Trailer to preview the Bigfoot thriller set for straight to video release in early July. Big Legend is about an ex-soldier’s endeavor to find the truth behind his fiance’s disappearance in the forests of the Pacific Northwest. Written and directed by Justin Lee, Big Legend stars Kevin Makely, Todd A. Robinson, Summer Spiro, and Amanda Wyss. It also features Adrienne Barbeau and Lance Henriksen.

Big Legend is coming to DVD and digital HD on July 3, 2018, but it can be pre-ordered now at Best Buy. Watch the Big Legend Official HD Trailer from Vega Baby and Papa Octopus Productions:

Following the trail of his missing fiancée, one man finds more than he bargained for when he teams up with a local hunter who has his eyes set on the ultimate prize: finding Bigfoot. 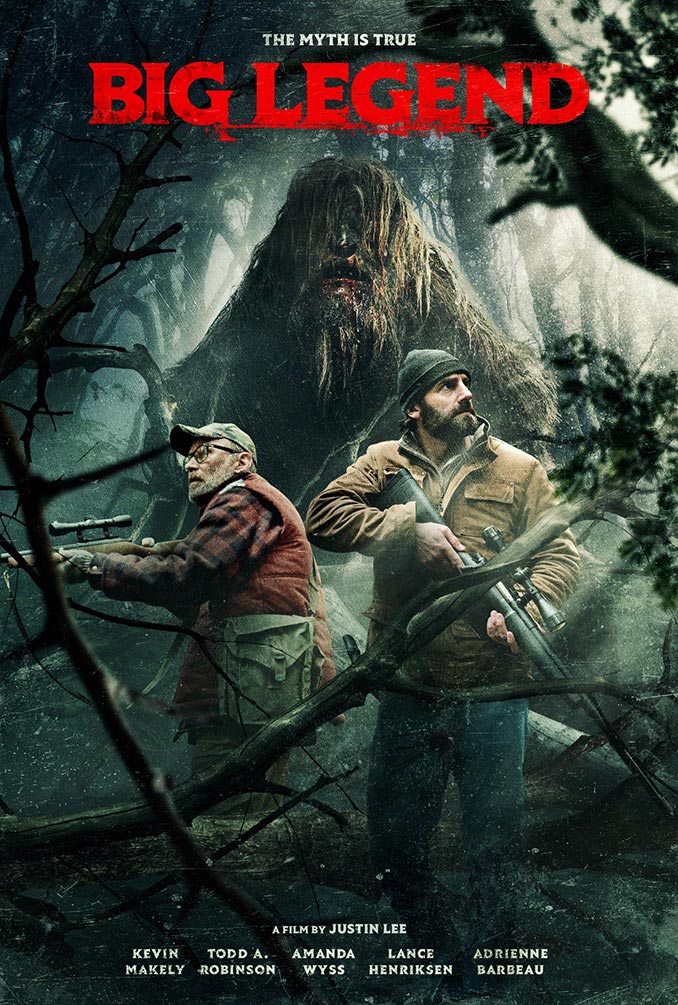 The truth is out there and the Bigfoot Chewbacca T-Shirt proves that Bigfoot really doesn’t exist. That old blurry photo simply captured a Wookiee taking a break from battling the Empire. Almost everyone has probably seen that old, fuzzy, black-and-white photo of a blurry shape […]

We’ve all seen the Cake Pop and Donut Hole Maker, but I bet no one has ever seen the Takoyaki Automatic Octopus Balls Maker. Just as we are accustomed to eating meatballs, the Japanese look forward to a plate full of octopus meatballs. Apparently, it’s […]

This new backup battery for iPhone and iPod uses its eight suction cups, hence the octopus name, to attach to your Apple device. It will then be able to provide you with many precious hours of extra power.

You’ve seen the Shark Mug; now do battle with the Octopus Mug. This 10 oz ceramic mug is great for office pranks and getting back at your significant other for something they did or didn’t do. Just fill it with their favorite drink and let […]

Cool your drinks with this neat COOLamari Octopus Ice Cube Tray and impress your friends. There’s nothing geekier than an octopus floating in your drink. This silicone ice cube tray makes four octopi and is dishwasher safe. Your army of tentacled drink chillers awaits your […]