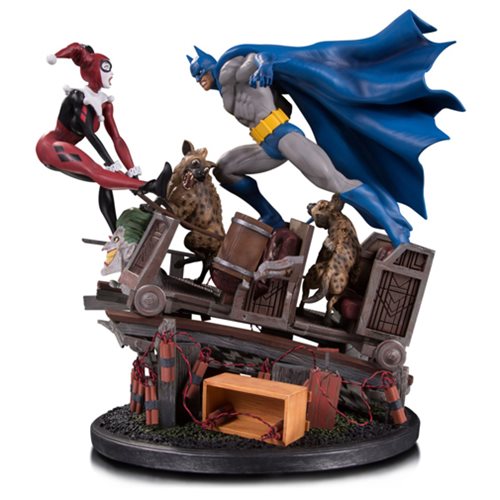 The Dark Knight and the Clown Princess of Crime have a wild roller coaster ride on the Batman vs Harley Quinn Battle Statue.

Standing 14-inches tall, this eye-catching statue features eye-catching details like Batman’s grim determination, Harley’s shock as being confronted by the Dark Knight, and even the wide-eyed looks of Harley’s hyena pets as they do their part to defend their owner.

The statue is limited to just 2500 pieces.