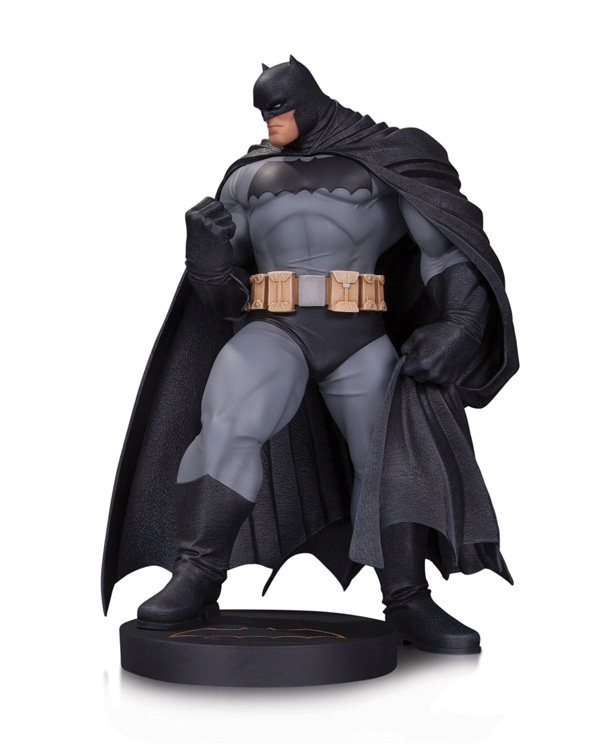 He returned in The Dark Knight Returns. He struck back in The Dark Knight Strikes Again. And now the grim vigilante rises once more to battle the master race in Dark Knight III. Turns out freeing all those people trapped in Superman’s little bottle-city wasn’t such a great idea. Ungrateful jerks.

Comic book artist Andy Kubert gives us his view of Frank Miller’s Batman with a resin statue that stands about 12-inches tall and is limited to only 5,200 pieces.

The DC Comics Designer Series Dark Knight III: The Master Race Batman by Andy Kubert Statue will be available June 2016 but it can be pre-ordered now for $104.99 at Entertainment Earth.

Batman returns, and you can celebrate by plastering his angry mug all over your wall with the Batman Dark Knight III: Large Giclee Print. This 24″ x 36″ giclee print is all about the Bat… and I do mean ALL, with the whole image taken […]