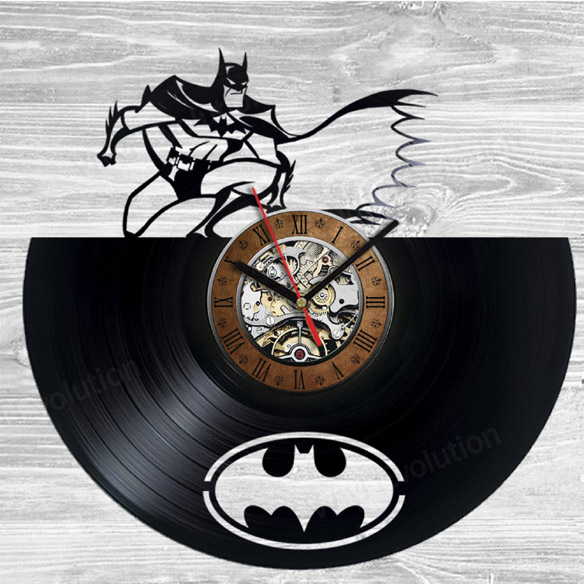 The Dark Knight is keeping an eye on the time with the Batman The Animated Series Vinyl Clock.

Most vinyl records either play music or lay around and catch dust but this one helps you tell time, and it looks awesome while doing it. In addition to the Batman logo laser-carved into the bottom of the record, the top of the clock features an eye-catching image of Batman based on Bruce Timm’s design for Batman: The Animated Series.

Measuring 12-inches-long, this vinyl clock is a cool way to breathe life once again into used records that were left behind in the digital age.

The Batman The Animated Series Vinyl Clock is available for $36 at VinylEvolution’s Etsy store.

What time is it? You’ll know when you have this cool Vinyl Record Batman Clock hanging on your wall. Once an old, unused record that nobody ever listened to, this 12-inch vinyl album has been redesigned and given new life as an eye-catching piece of […]