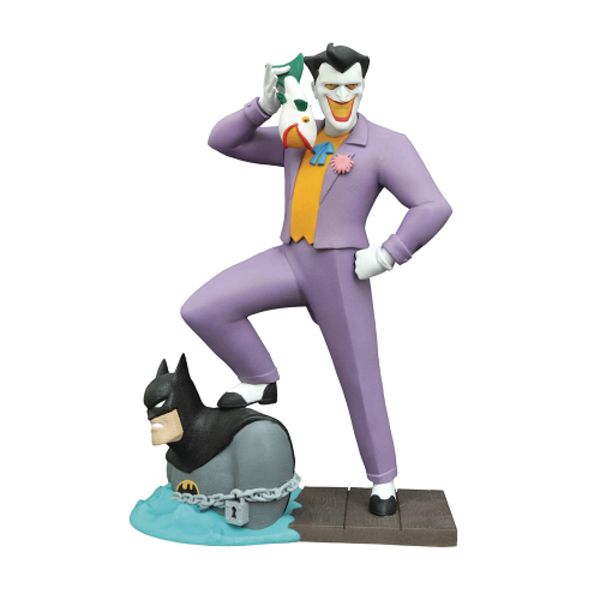 Based on the Batman: The Animated Series episode, The Laughing Fish, this approximately 9-inch-tall statue features the Joker holding one of his mutated Jokerfish, with one foot propped up on a (temporarily) captured and defeated Batman who is just moments away from becoming shark-chow. At least that’s what the Joker thinks at the moment.

Rout.com is the place to be to find great prices and discounts on Batman: The Animated Series goodies.

Save your money in this Batman The Animated Series Joker Bust Bank. You’ll save money and saving money is no joke. It’s a great way to get funds for more Batman merchandise. Plus this Joker looks great on display as it is hoarding your money. […]

Will Bruce Timm’s Clown Prince of Crime have the last laugh as the Batman: The Animated Series Joker Pop! Vinyl Figure? Standing approximately 3 3/4-inches tall and dressed in his iconic purple suit, the Joker, holding a Joker card, is ready to deal a deadly […]

The Buddha is all about calmness and meditation. So chill. There’s no better way to receive enlightenment than to chill with this Laughing Buddha Ice Mold. Chill your drink and relax. Each mold makes 4 enlightened Buddha ice cubes. This mold is also great for […]

Batman’s foe The Joker is larger than life, so we need a larger Joker figure for our collections. This Batman: The Animated Series Joker Jumbo Action Figure is the large Joker you have been looking for. This figure is based on digital scans of the […]