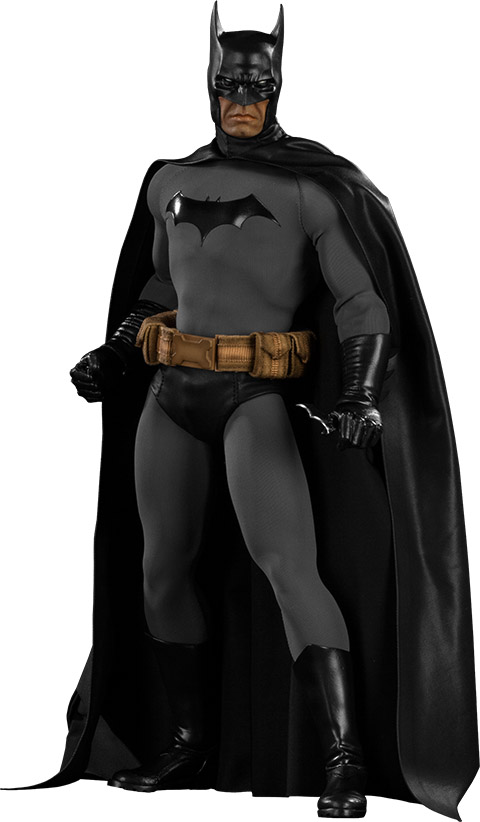 Bruce Wayne will never win any awards for being the happiest guy in Gotham City but he’s looking more fierce than usual with the Batman Gotham Knight Sixth-Scale Figure.

In addition to goodies like a batarang, a grappling hook, a grapnel dart gun, and three different cowls with varying lengths for the pointy ears, this 12-inch-tall figure also comes with three interchangeable facial expressions, which can probably best be described as ‘Angry,’ ‘Angrier,’ and ‘Someone’s About to Take a Trip to the Hospital.’

The Batman Gotham Knight Sixth-Scale Figure will be available October 2015 but it can be pre-ordered now for $199.99 at Sideshow Collectibles.

Just when I think I’ve seen the ultimate Batman collectible, something even more awesome comes out. The Batman Sixth-Scale Figure blows the Bat-doors off all other Bat figures because this one can be customized. The Dark Knight has been around for over half a century […]

Did you like those Bullseye Party Picks we showed you recently? They look dangerous enough to land in 007’s martini glass, straight through a couple of stuffed olives. If you’re holding a swanky cocktail party, maybe you’ll need some extra coat hooks to hang your guests’ coats and […]