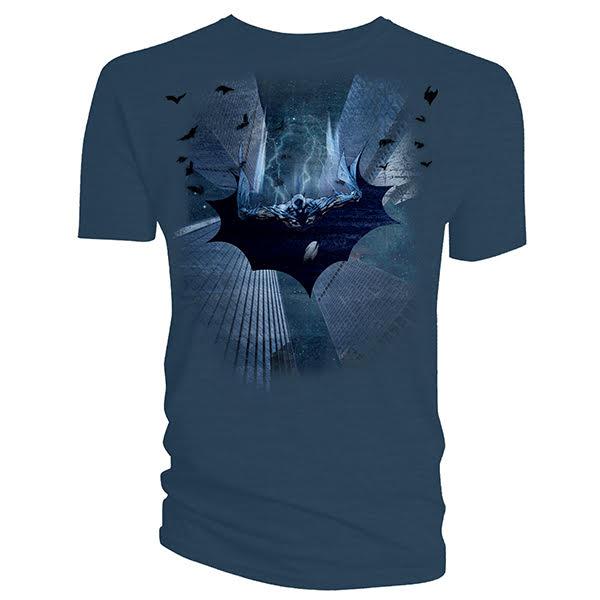 Driven by vengeance, Bruce Wayne became the night, and eye-catching art on the Batman Diving T-Shirt.

The Dark Knight has the Batmobile, Batpod, Batwing, and various other cool rides but there’s still nothing else as cool as Batman taking his cape in his fists and diving through the air like the animal that inspired him.

The 100% cotton tee features Batman gliding through the air, bats accompanying him on the way down as buildings reaching for the sky create an awesome backdrop. 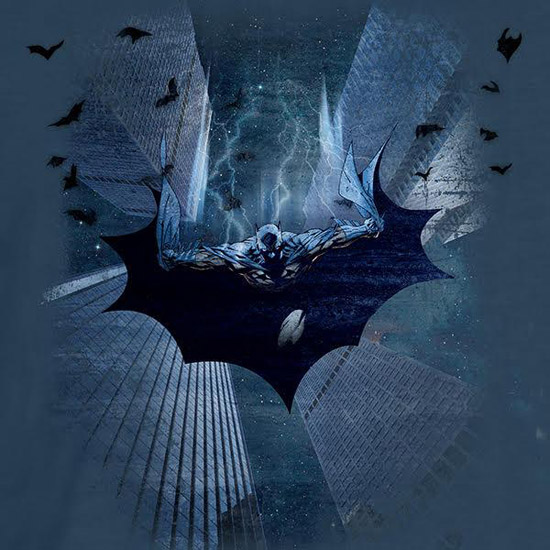 The Batman Diving T-Shirt is available for $20.74 at Forbidden Planet.

The Dark Knight looks cool doing almost anything, but the Batman Begins Gliding Batman Bronze Statue Sculpture captures him at his coolest. Admit it. When Batman jumps from the top of a building, flings his cape back so it can catch the wind, and glides […]

Minion Batman apparently has despicable aim on this Despicable Bats T-Shirt, or maybe the little prankster meant to do that. When the Minions aren’t helping Gru raise the girls or defend the world from villains, a couple of them do their own superhero thing. Hopefully […]

Threadless $9.99 Tees Back To School Sale

It’s hard to believe it’s back to school time already. One great thing about this time of year is all the sales, such as the Threadless $9.99 Tees Back To School Sale. This is the time to stock up on a bunch of Cool and […]

As Pi Day starts to unwind there is still some time to save big on a bunch of items at Cafe Press. You can save 31.4% off your order and get some cool clothing items like the Chicken Pot Pi Black T-Shirt, Pi Day – […]

This color-changing “crystal” light is a replica of the Tokyo Sky Tree – a broadcasting and observation tower in Tokyo, Japan, which is still under contraction and will be 634 meter (2 080 feet) tall when completed.

The Dark Knight swings into action on the Batman Grapple Fire T-Shirt, and he easily proves that you don’t need to be a flying alien from Krypton to rule the sky. He might not be able to leap a tall building in a single bound […]