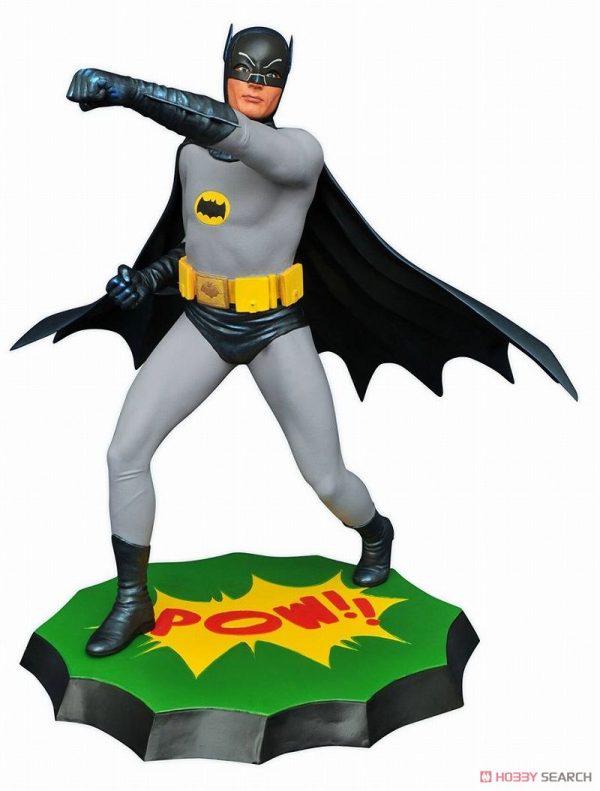 Are you ready for some serious Bat-action? The Batman 1966 TV Series Premier Collection Statue is ready to bring on the POW!… and maybe even the KA-BLAM!

Standing 12-inches tall and based on Adam West’s portrayal of the Caped Crusader in the classic 1966 television series, Batman delivers a devastating punch so powerful that witnesses will literally be able to see the POW when his fist makes contact. That’s what you call a super Bat-punch.

The Batman 1966 TV Series Premier Collection Statue will be available January 2017 but it can be pre-ordered now for $134.99 at Entertainment Earth.

Give them a Pow! the next time you pull down your pants with the DC Comics Batman Pow! Briefs. Made from a blend of 95% cotton and 5% spandex, these black Batman briefs feature the classic Batman logo on the front with a big old […]

Around this time of year as winter creeps in, there seems to be more days when it feels like you’ve been punched in the head (or wish that someone would hurry up and knock your lights out.) Before these days get the best of you, be prepared by wearing the POW! […]

The Feline Femme Fatale of Gotham City is ready to crack that whip with the Batman: The Animated Series Catwoman Premier Collection Statue. Standing 12-inches tall and limited to just 3000 pieces, this resin statue features Catwoman wearing her iconic gray and black costume from […]