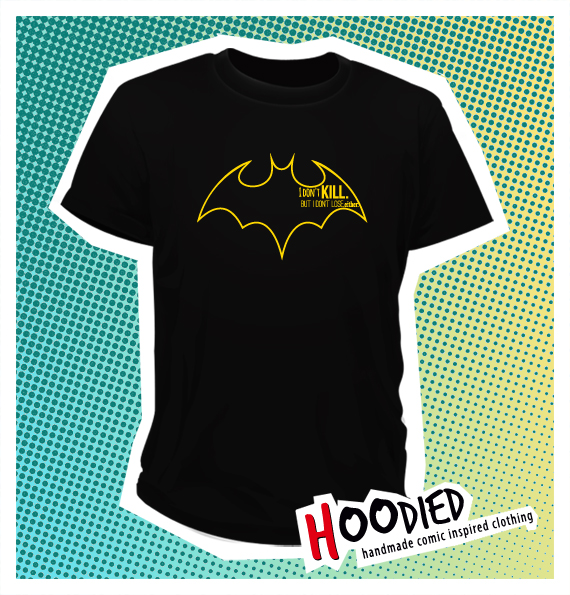 Keep the wisdom of Cassandra Cain close to your heart with the Batgirl “I Don’t Lose” T-Shirt.

Most Bat-fans think of Barbara Gordon when they think of Batgirl. After all, she was the first. However, Cassandra Cain was the first Batgirl to have her own comic so take that, Babs.

In addition to a color scheme and Bat logo that resembles Cassie’s Batgirl costume, the 100% cotton tee also features the quote, “I don’t kill… but I don’t lose either.”

The Batgirl “I Don’t Lose” T-Shirt is available for $20 at Hoodied.

Dia de los Muertos becomes Día del Murciélago Muerto with the Batgirl Day of the Dead Heroine T-Shirt, which is probably a holiday the Joker enjoys a lot. Batgirl gets the popular sugar skull treatment with this tee that features a superhero twist on the […]