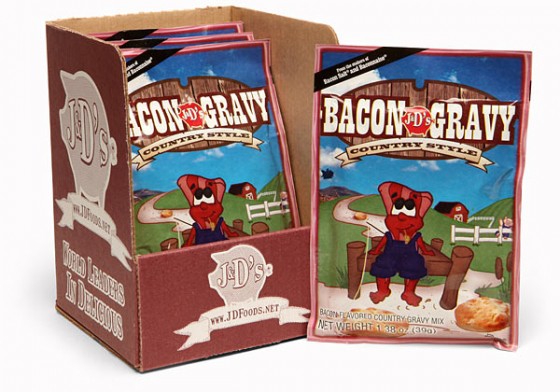 I love bacon just like the average person does and I like to try it all in different manners.  Bacon Popcorn, Bacon Chocolate, and now Bacon Gravy.  Add a little bacon flavor to everything you eat and experiment with new dishes topped with this great Bacon Gravy. 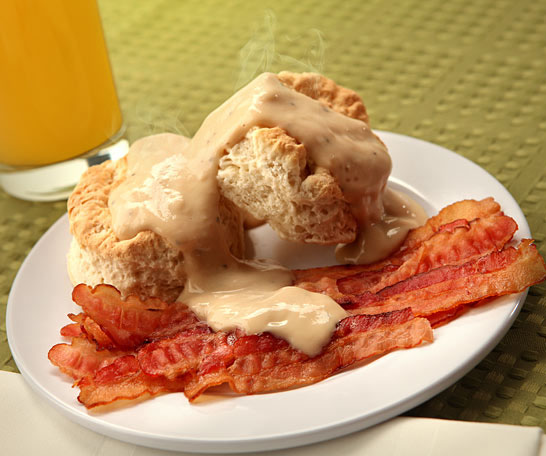 The list of food that you can slather the gravy on is endless. Eat it with pork chops and hotdogs, use it as a salad dressing or dip your corn on the cob into a bowl of Bacon Gravy for a meaty twist. And when the food’s all gone, chow down the gravy that’s left in the gravy bowl with a nice piece of bread and show everyone who the Bacon Gravy champion is.

Each box of 8 packets of Bacon Gravy goes for $14.99 and is available from ThinkGeek.

The only thing that comes close to bacon is gravy. Gravy is awesome on everything. Especially at Thanksgiving dinner. Now you can have the taste of gravy anytime with Gravy Candy. This Red and white-striped hard candy tastes just like gravy. Each piece is individually […]