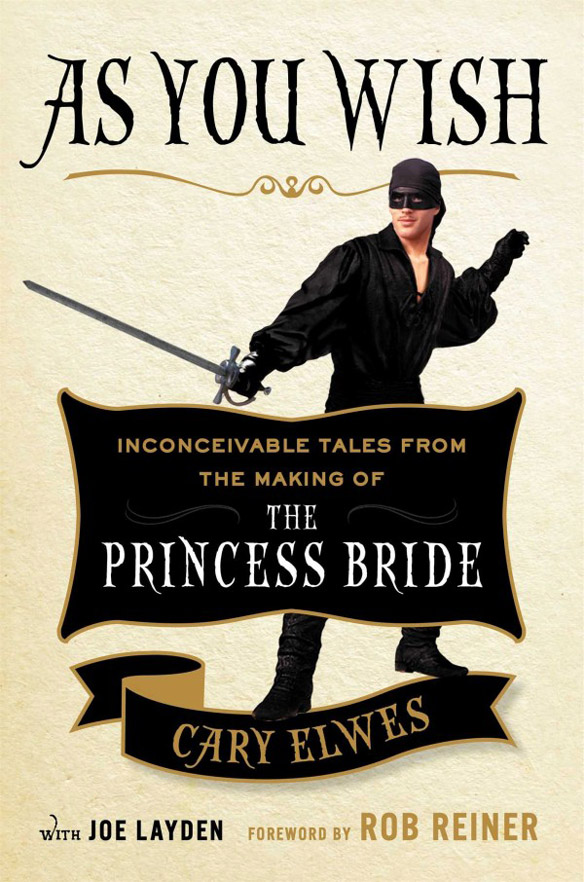 The masked pirate gets the girl? A woman named Buttercup? No way a movie like this will win over an audience. The As You Wish: Inconceivable Tales from the Making of The Princess Bride HC Book tells the story of the movie that did just that… and it’s still winning over audiences twenty-five years later.

Written by Cary Elwes, the dreaded Dread Pirate Roberts himself, this 272-page hardcover book features never-before-told stories, exclusive photographs, and interviews with costars Robin Wright, Wallace Shawn, Billy Crystal, Christopher Guest, and Mandy Patinkin, as well as author and screenwriter William Goldman, producer Norman Lear, and director Rob Reiner. You’ll even find out the truth behind all those rumors regarding off-screen romances that were flying around during filming.

Not enough for you? Inconceivable… but okay. The book also includes a foreword by Rob Reiner and a limited edition original poster by acclaimed artist Shepard Fairey.

The As You Wish: Inconceivable Tales from the Making of The Princess Bride HC Book will be available October 4, 2014 but it can be pre-ordered now for $18.71 at Amazon.

You’ll say ‘I do’ when given the chance to slip into the Corpse Bride Dress and Corpse Bride Leggings, adding a festive and macabre spirit to every place you go. Victor and Emily, from Tim Burton’s “The Corpse Bride,” finally found their happily-ever-after, and you […]

The Princess Bride: A Storybook to Color

Everyone loves the Princess Bride. Now you can relive all of the excitement with The Princess Bride: Prepare to Die! Party Game. The idea is to make the best “prepare to die” reason and win, in this card game. The example they give is “Hello. […]

Speaking of the classic movie, fans will love this Princess Bride 12oz Mug. One side features Westley with Buttercup, while the other features Buttercup with the Dread Pirate Roberts. This good looking mug celebrates the movie that we know by heart and love. Make a […]