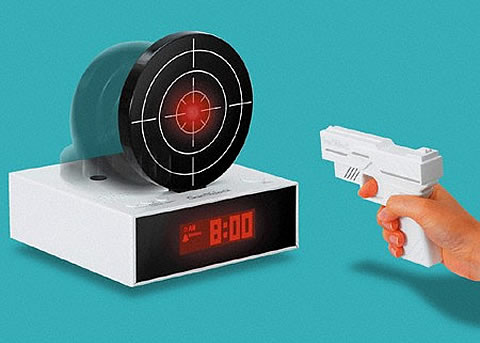 Remember that Laser Target Alarm Clock that was all over the blogs in the beginning of this year? A new model from the Japanese Bandai company has now been released.

The Gun O’Clock looks slightly different and features two wake-up modes: Normal and Hard. The first one works as the original clock; the alarm goes off, you hit the target, the alarm shuts down. But with the Hard mode you will need to hit the target 5 times.

More about the Gun O’Clock at bandai.co.jp (automatically translated from Japanese).