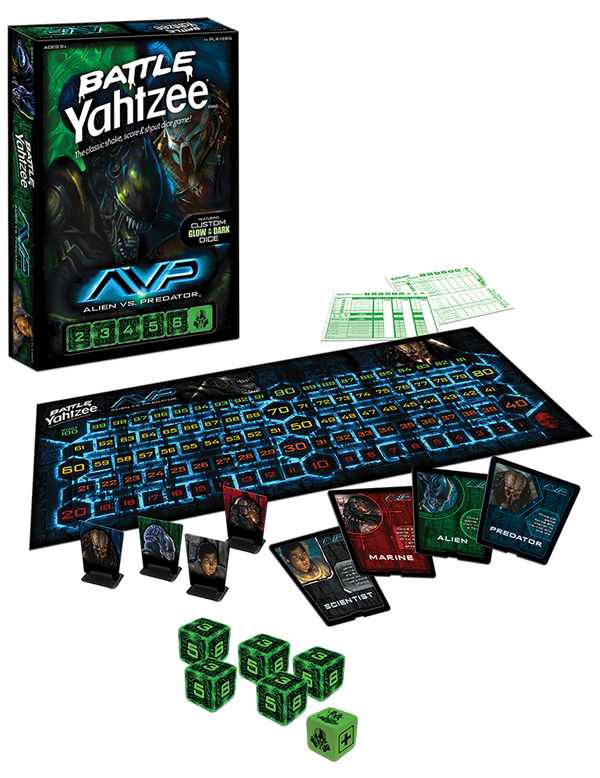 The Alien vs. Predator Battle Yahtzee Game is a whole new take on Yahtzee. Pick a side and do battle as players assume the character of Predator, Alien, Marine or Scientist.

You will attack your enemies with classic dice roll combinations like Full House and Large Straight. This game features glow in the dark dice, Battle chance die, custom scoreboards, and special powers for each character.

This is an epic battle for survival and it is up to you. Only $29.99 from Entertainment Earth. Pre-order it now for April.