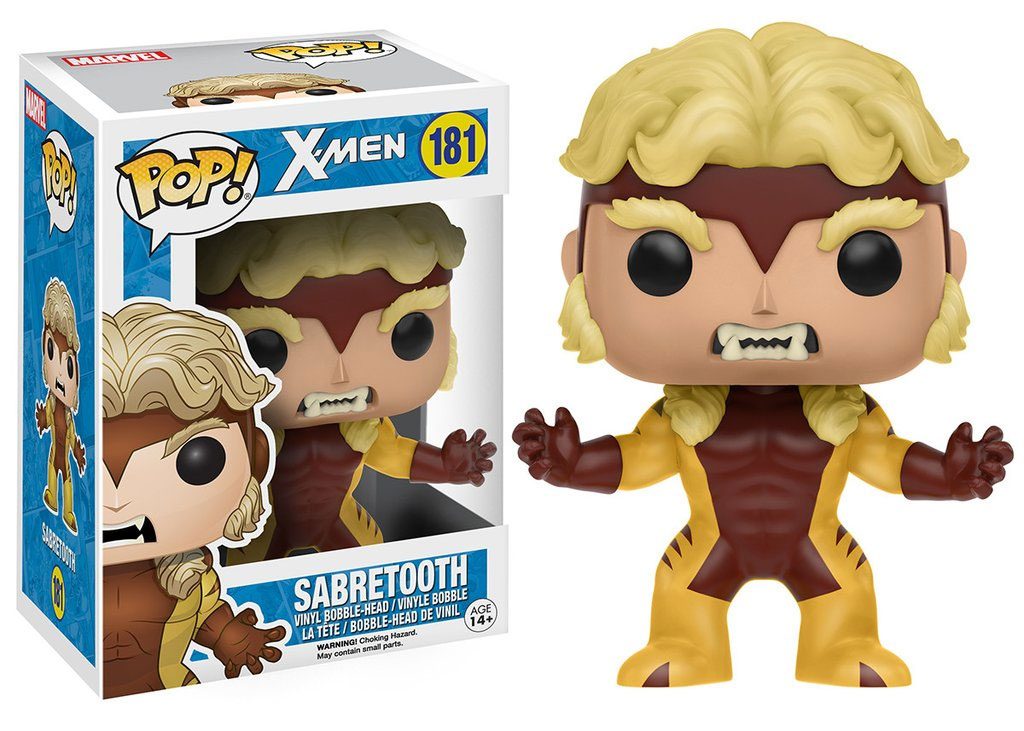 Sometimes he was depicted as Wolverine’s father, sometimes not, but the mutant known as Sabretooth has always been seen as a vicious, heartless killer… except for that time when he was inverted and became a hero.

Yeah, Victor Creed is one of those characters that Marvel doesn’t seem to know what to do with at times but you don’t have to suffer the same fate because everyone knows what to do with this approximately 3 3/4-inch-tall guy – proudly display him alongside your other x-Men Pop! Vinyl figures. Viciousness has never looked so cute.

The X-Men Sabretooth Pop! Vinyl Figure will be available January 2017 but it can be pre-ordered now for $10.99 at Entertainment Earth.

He’s not green but he’s definitely mean. The Classic Sabretooth Premium Format Figure brings us Victor Creed, the mutant who really needs to see about trimming his nails. Standing 17 1/2-inches tall, this statue delivers Sabretooth as he’s meant to be, and not the messed-up […]

Victor Creed is a hard man to kill but the Marvel Select Zombie Sabretooth Action Figure shows that even he is vulnerable to a bite from the undead. The blood-thirsty former friend and ally of Wolverine has always had an insatiable hunger for violence but […]