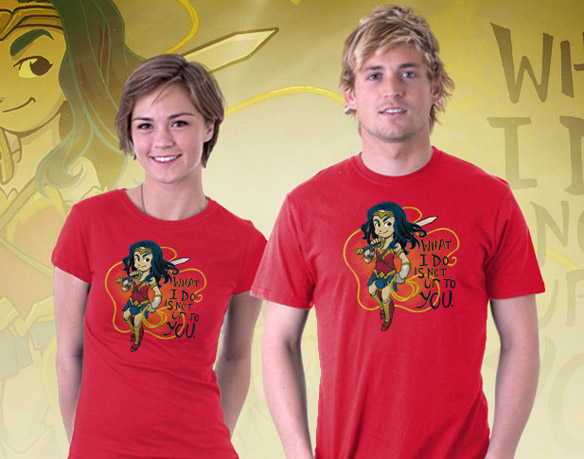 Diana of Themyscira lets Steve Trevor know exactly where she stands with being told what to do on the Wonder Woman Wonder Quote T-Shirt.

The Amazon’s response? “What I do is not up to you.” That, along with implying that working as a secretary is a form of slavery, lets you know that Gal Gadot is going to have some great lines in the movie.

The image was created by DoOomcat, and the shirt is available in either red, charcoal, or royal blue. 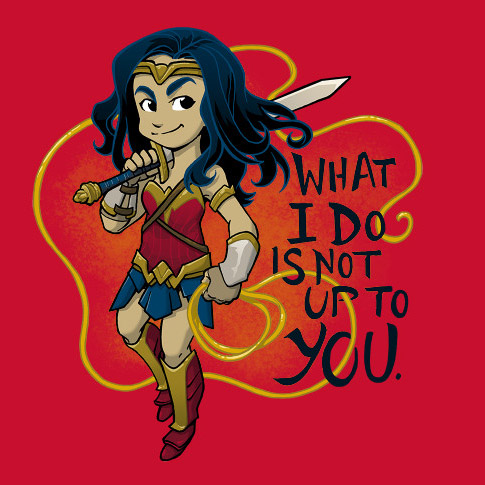 The Wonder Woman Wonder Quote T-Shirt is available for $20 at TeeFury.

A classic horror movie provides wearable quotes with the JAWS Quote T-Shirts. When you think of Steven Spielberg’s ‘Jaws,’ you probably think of that classic, and oddly amusing, line, ‘You’re gonna need a bigger boat.’ However, the classic film has many other quotable lines that […]

Gal Gadot gets her Tonner on with the Wonder Woman Tonner Doll. Fashion designer and dollmaker Robert Tonner once again sets his sights on Princess Diana of Themyscira. The high-end doll designer brought us the Wonder Woman New 52 DC Comics Tonner 16-Inch Doll and […]

Diana gets ready for war as the Wonder Woman Training Costume Statue. When she goes out into the world, determined to help Steve Trevor stop World War I, Diana will be wearing her iconic red and blue armor, but when she first begins training, she’s […]