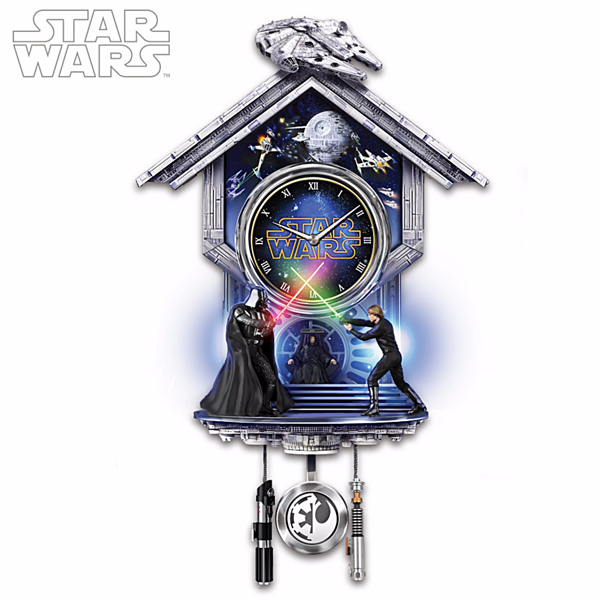 Luke Skywalker, Darth Vader, and even Emperor Palpatine help you keep track of time with the Star Wars Sith vs Jedi Wall Clock.

If you’ve been waiting for the perfect Star Wars clock to arrive, your wait is over because this 16-inch tall clock is loaded with epic Star Wars: Return of the Jedi goodness.

Topped off with the high-flying Millennium Falcon, the clock also includes incredible details like a pendulum displaying the insignia of the Rebels on one side and the Empire on the other, weights that resemble Luke and Vader’s lightsaber hilts, a scene depicting the attack on the Death Star, and of course, Luke Skywalker battling Darth Vader in an epic dual as the Emperor watches from his throne. It even plays the Star Wars theme song for 45 seconds, every hour on the hour… or at the touch of a button if an hour is just too long for you to wait.

The Star Wars Sith vs Jedi Wall Clock is available for $199.95 at The Bradford Exchange.