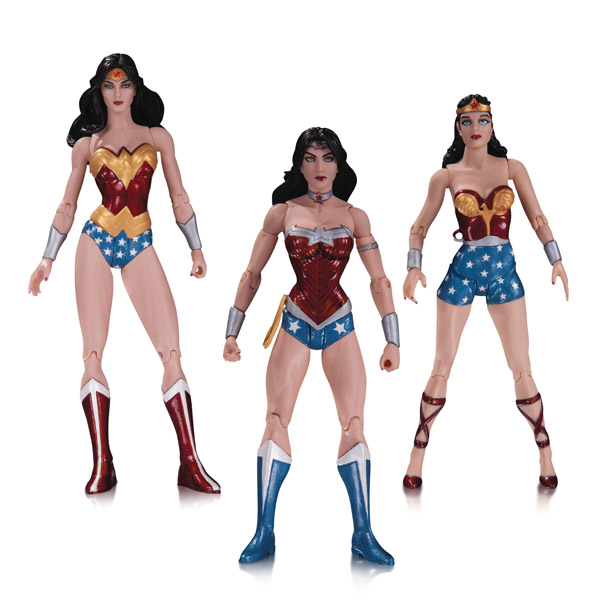 Why settle for one Amazon princess when you can have three? The Wonder Woman Action Figure 3-Pack captures three iconic looks of the classic DC Comics hero.

Princess Diana of Themyscira has had a few wardrobe changes during her 74 years of defending the world, and these approximately 7-inch-tall figures capture three of those looks. One figure is based on her first appearance in 1941, another has the popular look created by artist Terry Dodson, and the third features Wonder Woman wearing her New 52 outfit.

The Wonder Woman Action Figure 3-Pack will be available November 2016 but it can be pre-ordered now for $64.99 at Entertainment Earth.

The Clown Princess of Crime takes a flying leap with the DC Comics Harley Quinn by Terry Dodson Red White and Black Statue. Measuring 7-inches-tall, Harley Quinn, dressed in her classic harlequin outfit, leaps through the air, ready to ruin someone’s day with her overly […]