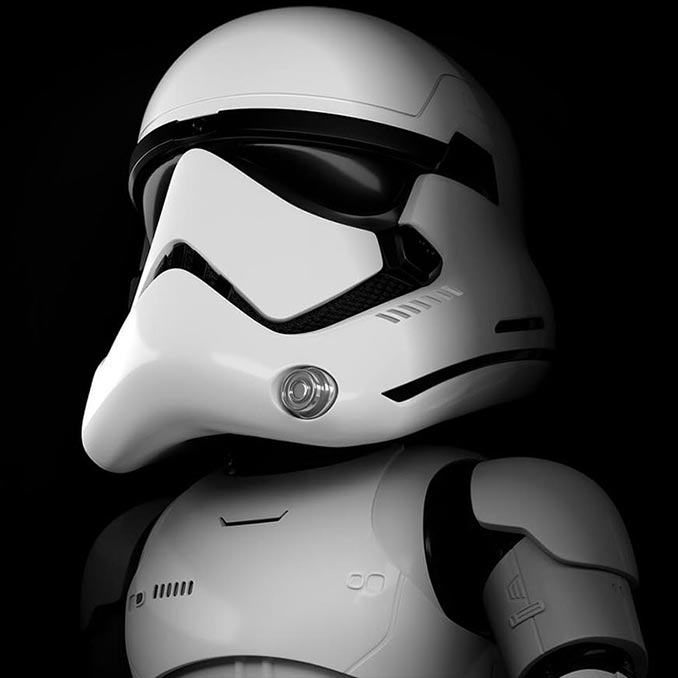 Take command of your own UBTECH First Order Stormtrooper Robot. This app enabled robot offers a cutting-edge augmented reality experience and features voice command ability, facial recognition, and patrolling capabilities. It has a camera to provide first person views and to aid in its sentry capabilities. It also has an accelerometer, gyroscope, infrared sensor, and triple array microphone.

Learn more about the First Order Stormtrooper Robot in the launch video from UBTECH: