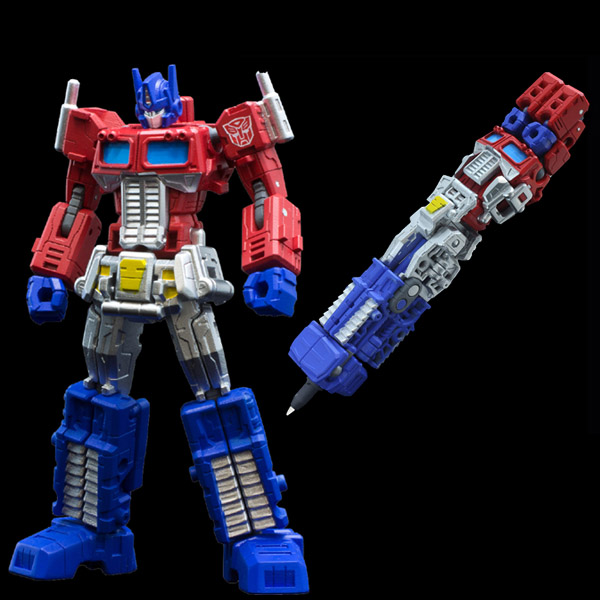 “Roll out!”… or maybe it should be “Write on” since we’re talking about the Transformers Pens, which include the easily recognizable blue-and-red version of Optimus Prime, a black version of Prime, and Ultra Magnus.

These stylish and highly-detailed pens aren’t just for show. You can play with them in Autobot form and write with them when they’re transformed into pens. Since writing is fast becoming an out-dated form of communication with smartphones and tablets becoming a part of everyday life, I’d love to see a version of these figures that transform into a stylus instead of a pen. Don’t get me wrong. Pens are cool but I think people are more likely to hold a stylus over a pen on a day-to-day basis.

The Ten One Design Magnus iPad Stand is an elegant low-profile stand for your iPad. Not only is it primarily aluminum, it is also machine-crafted and hand-finished. The result is a good looking and useful stand. This stand features customized magnets and rubber feet on […]