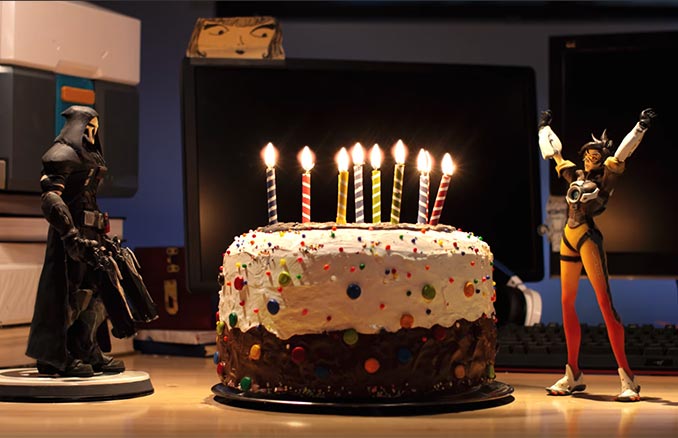 Tracer’s baking up something extra special to celebrate two years of playing Overwatch with YOU in this cheeky stop-motion video.

For more information on stop motion videos and the artistic design process for Overwatch, check out the Trace & Bake Behind the Scenes video:

We baked this up to celebrate two years of playing with YOU. Witness the magic in making our Trace & Bake stop-motion video.

Are you looking for a fun and educational way to keep your kids occupied while still letting them enjoy your iPad 2? Crayola Trace & Draw for iPad 2 is a very affordable way to help your kids learn how to draw and express their […]

There are a lot of baking molds and pans out there that let you bake your cakes in cool, awesome shapes, like the Peace of Cake pan, Mustache Baking Mold, and the Spooky Cake Tin Set. But unless you own a bakery or sell your […]