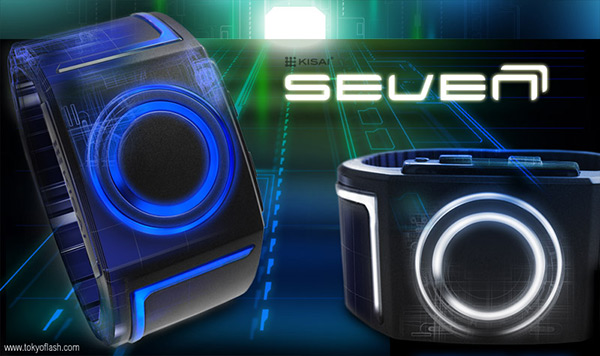 While previous watches from this company, such as the Kisai RPM and Light Speed Watches, had a Tron vibe to them, the Tokyoflash Kisai Seven LED Watch takes this to a whole new level. This brand new limited edition watch features 3 light-up modes and a pulsing light animation feature that clearly are inspired by the visuals of Tron—especially the Identity Disc. Fortunately, despite its futuristic looks, it is easy to tell the time on the Kisai 7. This can’t be said about all Japanese LED watches, which can sometimes be very tricky to read.

Although the Kisai Seven can use a lot of power when it is set in the continuous light-up mode, users don’t have to worry about changing batteries because the built-in battery is actually rechargeable. Just plug in using the included USB cable to recharge the battery, and achieve a full charge in about 3 hours. A full charge lasts about a month on the normal mode, so recharging often isn’t needed unless you use the higher energy modes. 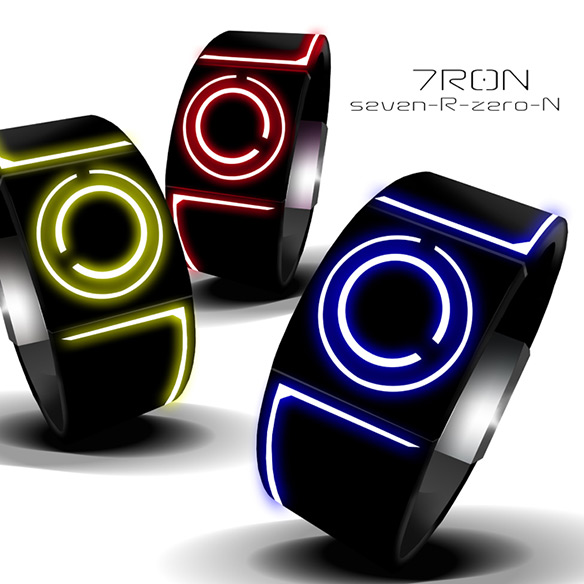 Two pulsating rings of light, a cool futuristic design & LEDs curving around your wrist, Kisai Seven brings an ultra-modern look to what is essentially a regular watch. It may look unconventional, but those two rings point to the hours and minutes just like a normal wrist watch making it easy to read at a glance.

Available with blue or white LEDs, each part of Kisai Seven has been individually custom designed and manufactured including the case, strap and uniquely programmed LED display. Like all watches from Tokyoflash Japan, it is a limited edition design which means it is guaranteed to be an original watch that not many other people own. 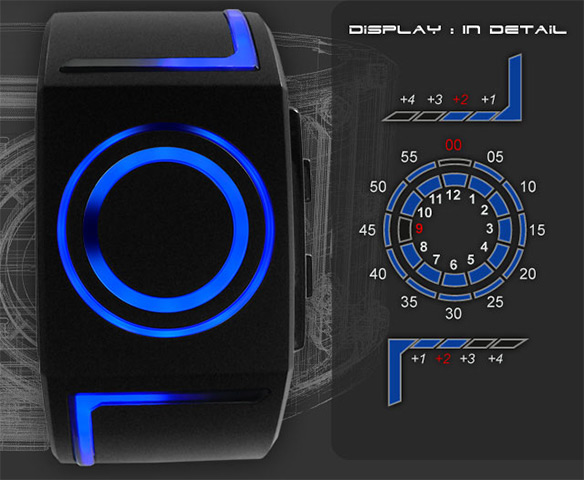 Like all the other limited edition Tokyoflash Watches that GeekAlerts has shown you, the Tokyoflash Kisai Upload Watch offers something special. Behind its “always on” LCD display and under the removable case back is a hidden spot for the included 2GB MicroSD memory card. That’s […]

The line of Kisai aluminum LED watches from the Japanese Tokyoflash company has just been upgraded with yet another unique timepiece with a futuristic appearance.

Inspired by cryptography, the new Tokyoflash Kisai X Watch is a thing of beauty. It is available in black or silver polished stainless steel with a blue, green or red LED display. The solid stainless steel design is durable, yet lightweight. Like all limited edition […]

If you’re looking for that great gift idea or you just want to spoil yourself a little bit, now is a great time to buy the Tokyoflash Kisai Logo Watch. Available in black, blue or white, this limited edition watch features a stainless design with […]

Tokyoflash, the same company that brought us the Kisai 3D Unlimited and Rogue Touch Watch, just announced the release of their newest designer watch, the Tokyoflash Kisai On Air. The limited edition Kisai On Air is available with either a black or silver stainless steel […]

Presenting the Tokyoflash Kisai Online Watch, the newest watch from the innovator in Japanese style LED/LCD watches. Like most of the watches from Tokyoflash, the Kisai Online is unique, futuristic, and geeky-cool. The display is very cryptic, with alien looking vertical lines that animate mysteriously […]

Tokyoflash fans will be happy to see that they can get the newly released Tokyoflash Kisai Zone Watch on sale until Thursday September 6th at 4pm (Japan time.) Like all the other cool Tokyoflash watches that GeekAlerts has featured, the Kisai Zone is limited edition […]

GeekAlerts has done several giveaways these last few months and together with TokyoFlash Japan, we thought it was time to do something special. The winner of this sweepstakes gets to choose a watch from any of the Tokyoflash collection for free. No need to pinch […]