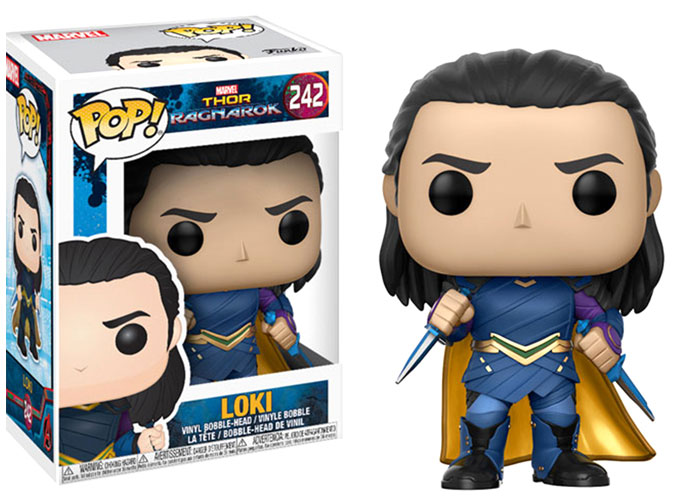 The Thor Ragnarok Loki Sakaarian Pop! Vinyl Figure proves that the god of mischief always lands on his feet.

His step-brother might not be having the best time on the planet Sakaar but Loki seems to be doing very well for himself, considering his stylish new Sakaarian threads and the fact that he gets to sit with the Grandmaster during the battle between Thor and Hulk. Of course, there’s a chance that not everything is going as well as Loki would like since he’s wielding two knives and looks ready to fight.

Mythology meets comic books meet movies on the House of Loki Sons of Mischief T-Shirt. New fans of the trickster god might not realize it but Loki used to really suffer in the looks department. However, all that changed when the world began to see […]

The Thunder God battles the Trickster on the Thor versus Loki Art Print, taking sibling rivalry to a whole new level. Created by artist Esad Ribic, this 18″ x 24″ giclee print features Thor doing battle with stepbrother Loki. Those who would prefer to see […]