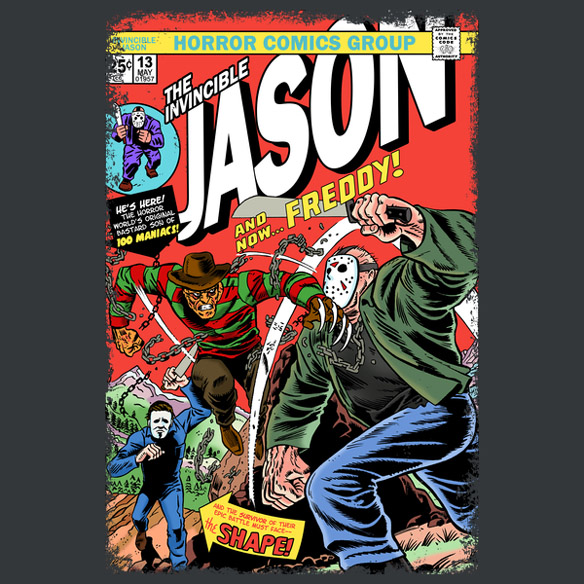 The Invincible Jason T-Shirt will have comic book and horror fans asking one question – Why didn’t this comic book really happen?

Styled after the classic comic books of years ago (right down to the 25-cent price), this tee features the blood-shedding star of the Friday the 13th films doing battle with the man of everybody’s dreams, Freddy Krueger. Even Michael Myers was able to elude Jamie Lee Curtis and escape the Halloween franchise to make an appearance, although the poor guy is simply referred to as The Shape. The Shape?? Couldn’t they at least call him The Shat in honor of the Captain Kirk mask he wears? 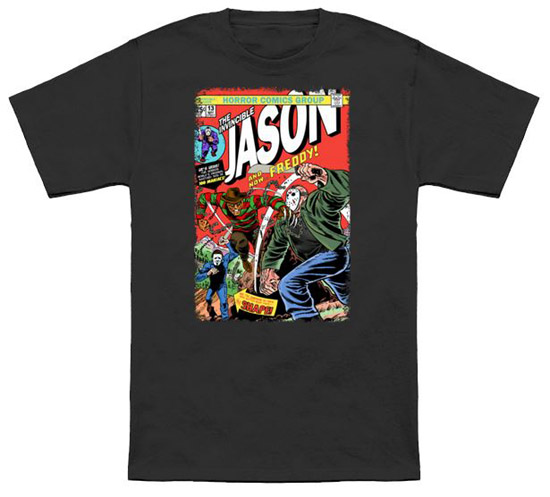 The Invincible Jason T-Shirt is available for $19.95 at NeatoShop.