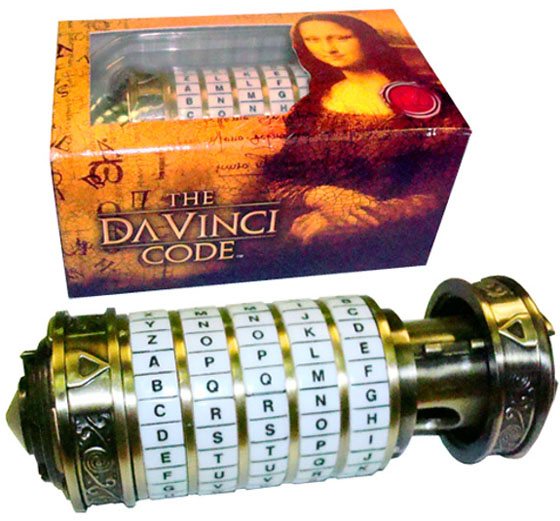 I read Dan Brown’s book “The DaVinci Code” in one night and all I can say was that the story was truly gripping and haunting at the same time. One of the things that piqued my curiosity was the cryptex that Robert Langdon had to solve in order to get a message that was hidden inside it. I’ve always wondered what a cryptex looks like and how it can be manipulated; which is why I find The DaVinci Code Mini Cryptex truly something that I’d want to own.

The DaVinci Code Mini Cryptex looks like a pretty complex object, but I have a feeling that it won’t be once you spend a few hours trying to figure out and understand its inner workings. Satisfy the puzzler in you with this cryptex and pass on the puzzle for someone else to solve by hiding a message in it before handing it off. 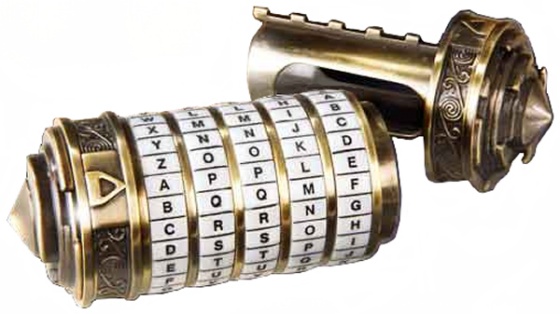 Fancy yourself as a bit of a Robert Langdon? Or do you just need a nifty place to stash your valuables? Then get your hands on The DaVinci Code Mini Cryptex.

Lovingly recreated – and scaled down – from the devilishly-clever lockbox in the movie, this high quality die-cast replica has been officially licensed and even works! Change the password as often as you like and store small items inside from jewellery to ancient scrolls.

The DaVinci Code Mini Cryptex is available from Firebox for $64.

If you’ve read “The Da Vinci Code” or seen the movie, you’re familiar with the cryptex. It’s basically a portable vault that works similar to a combination lock for a bicycle, where the dials have to be turned to spell the correct password to open […]

This Cryptex- Steampunk USB Drive will keep your files secure while looking at all times completely amazing. It features a mechanical combination lock that protects your data. It was actually inspired by Leonardo Da Vinci’s sketches. You get a unique 5 digit code that is […]