Here’s a fun alternative take on taking games to the next level. Instead of making them “now Wiibox HAL 9000 compatible”, these games have moved from cyber to IRL. 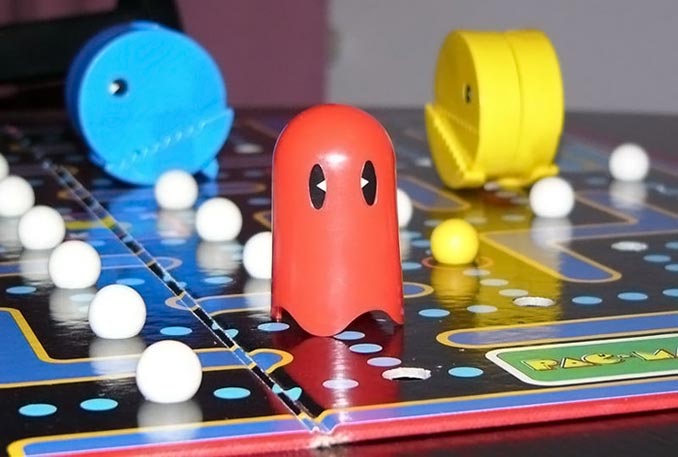 If you’ve never played it, you might not believe that Milton Bradley was capable of crafting a board game version of Pac-Man that was actually fun. Well, here it is. Released in ’82 for a fad-length run alongside perennials like Monopoly and Battleship… 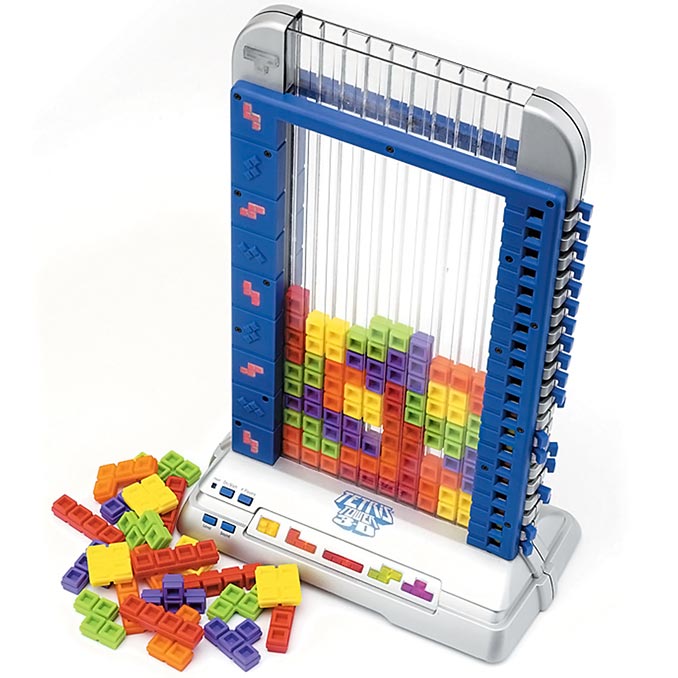 We’ve all played the video game so we won’t bore you with the basics, suffice to say Tetris involves manipulating falling blocks to create a solid row – and so does the fantastic Tetris 3D Tower. The difference is you get to play head to head and actually drop the blocks into the playing area. By picking them up. Manually. By yourself. With your hands.

Just when you thought you were cured from seeing imaginary Tetris pieces falling from the sky, here is a set of Tetris Cushions that can haunt you from your living room every day. Throw pillows are all the rage right now. The goal of having throw pillows is […]

Tetris fans will want to take the game from the screen to the tabletop with this amazingly awesome Tetris Light. It’s a geeky way to shine some extra light into your life. Tetris has been a classic since the 80s and has become a huge […]

When you get stressed, it helps to play a video game like Tetris. At least for me it does. But if you can’t play Tetris you can at least use these Tetris Stress Blocks and blow off some steam. These Tetris Tetriminos will relieve your […]

There’s nothing harder then getting out of bed in the morning. Maybe a Tetris inspired clock will help you wake up. This Tetris Alarm Clock will help you out. This homage to the classic Russian game features Tetrimino shaped buttons, 12/24 hour settings, snooze, backlight […]

Tetris fans can get their fix even when the game isn’t in front of them with this Tetris Heat Changing Mug. Maybe they can use it to plan their strategy for the next big game. It’s a great conversation piece and tells the world that […]

With all the hit sci-fi TV shows, superhero movies, popular video games, and hip geek culture, there are always tons of cool new t-shirts out there. However, it has to be especially cool, clever, or innovative to make the cut and get posted here at […]