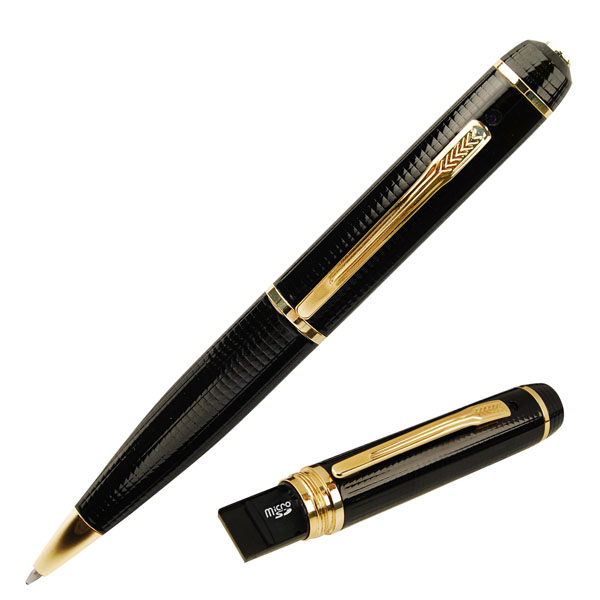 If you are looking for some cool spy gear to buy yourself or significant other this Valentine’s Day, check out this new gear. Swann, a global leader in security monitoring solutions, just released their latest video surveillance gadgets, the Swann HD PenCam & PenCam 4GB.

Both video devices are real working pens with a concealed miniature video camera and DVR inside. The HD PenCam features high definition AVI videos (1280 x 720) and high resolution JPEG images with up to 16GB of memory from a removable MicroSD card storage, while the PenCam 4GB captures both high resolution videos and images with its built-in 4GB memory stick.

Make your own hidden videos or take pictures that you can easily share on Facebook or Youtube by switching between video and photo mode with a touch of a button. Both pens feature date and time stamping, and are compatible with PCs and Macs. 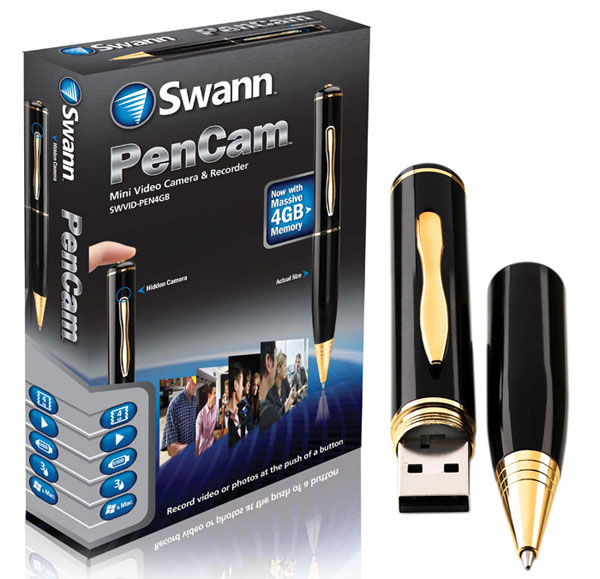 To view your video recordings or still images, transfer to a computer is made possible via a card reader or the included USB cable. The HD PenCam is powered by a rechargeable Lithium-ion battery that lasts 45 minutes on a full charge and recharges via a computer’s USB port. Thanks to the flexibility of an additional 16GB MicroSD card, users can capture up to 8 hours of video or 72,000 still images.

When you’re ready to view your footage, simply unscrew the pen and the lower half contains a USB connector that plugs into a computer for easy back-up. Enjoy up to 90 minutes of usage per charge and recharge the built-in Lithium-ion battery via a computer’s USB. With the 4GB built-in memory, users can capture approximately 2 hours of video or 18,000 still images.

Both the HD PenCam and 4GB PenCam will be available at Amazon.com from $49.99.

This simple, but quite nice looking analogue watch, hides a little secret – or many secrets, depending on what you decide to carry around on your wrist using the built-in microSD card reader functionality.

In case you needed another excuse to buy Star Wars Merchandise, now you’ve got one. The Star Wars MimoMicro USB Drive & Readers make quick work of smartphone and digital camera data, allowing you to move microSD, microSDHC, and microSDXC memory cards files to your […]

If the 512MB Memlite lighter isn’t enough for you, Chinavision now offers a refillable Zippo style metal lighter that comes with a 4BG USB flash memory.

It’s spy gadget time again. Last week we had the Bluetooth Headset Spycam with LCD Display, this week we’ll take a look at a spy camera hidden inside an ID card.

This black watch features a removable USB flash drive with a 4GB capacity, allowing you to always have easy access to your most important files.

Dress for superhero success with this good looking pair of DC Comics Batman 4GB USB Cufflinks. They add some geek style to your attire and are also useful for holding all of your important digital files. These cufflinks are officially licensed by DC Comics and […]

This fun MicroSD card reader, in the shape of a ladybug, comes with two bonus features; a cash note verifier and a cable for charging mobile devices.