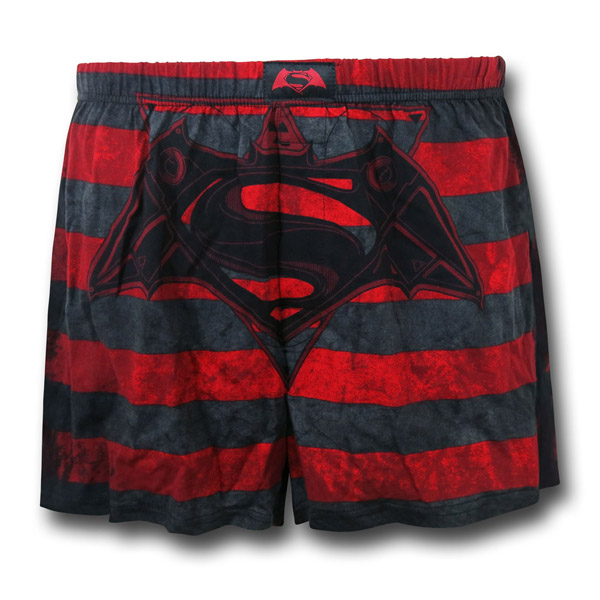 Introduce your pants to the Man of Steel, the Dark Knight, and maybe the man of your dreams with the Superman V Batman Red Stripe Boxers.

Superman! Batman!! Freddy Krueger??? Yes, Superman v Batman v Freddy… on your boxers, anyway. Hollywood hasn’t yet figured out what a box office blockbuster that particular crossover would be. Of course, the official line is that these 100% cotton boxers have nothing to do with Freddy Krueger but does either Batman or Superman wear red and black stripes? No, they do not. Freddy is the first person to pop into your head when you think about that color combo. Well… I suppose you could be thinking of Harley Quinn, but she’s not in the movie, either, so I’m sticking with Freddy. 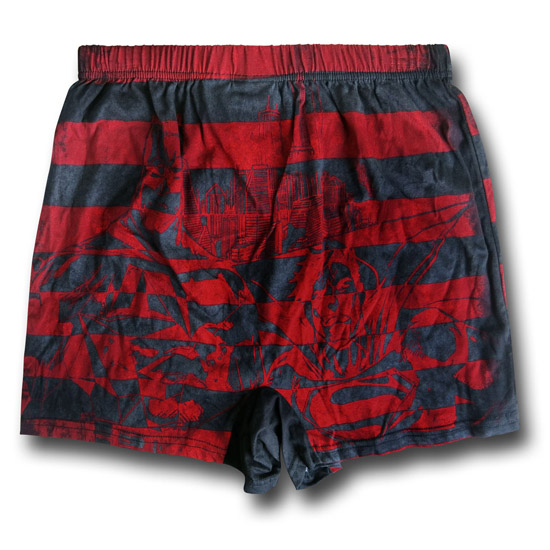 The Superman V Batman Red Stripe Boxers are available for $17.99 at SuperHeroStuff.com.

This Trooper Stripe Sweater is a fashionable way to show your love for the Empire’s soldiers. Imperial style is in this season. It is for both men and women and can be worn under white armor with no problems at all. Star Wars Trooper Stripe […]

Is that a Bat-Signal in your pants or are you just happy to see me? It could be both if you’re wearing the Bat Time Glow-in-the-Dark Boxers. Fans of the classic 60s Batman TV series will love these attention-getting, button fly, 100% cotton boxers. In […]

So you want to dress like Batman, but you don’t want everyone staring at your costume. The answer is simple. Just wear these Batman Grey Costume Caped Boxers under your clothes. You’ll feel like the caped crusader, but no one will know. They are made […]