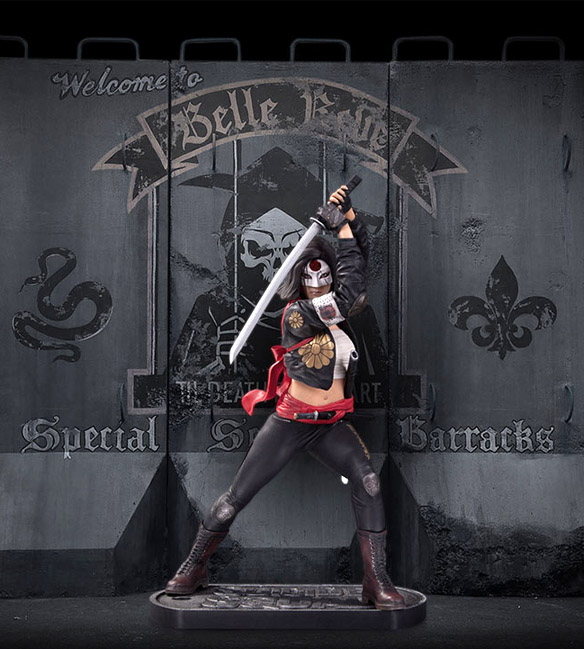 Just like the sword she’s named after, Katana is very good at taking lives, using the blade that killed her husband to stop the bad guys. Unlike the other colorful characters she works with, Katana isn’t actually a member of the Suicide Squad. Instead, she’s Rick Flag’s bodyguard.

The Suicide Squad Katana Statue will be available October 2016 but it can be pre-ordered now for $119.99 at Entertainment Earth.

For doing chores around the home, you’ve got the Kelvin 23 Super Tool. For everything else, you only need to turn to the Swiss Tech Bodyguard 7-in-1 Emergency Tool; it’s got you covered. I remember this kid back in class who we called the “boy […]