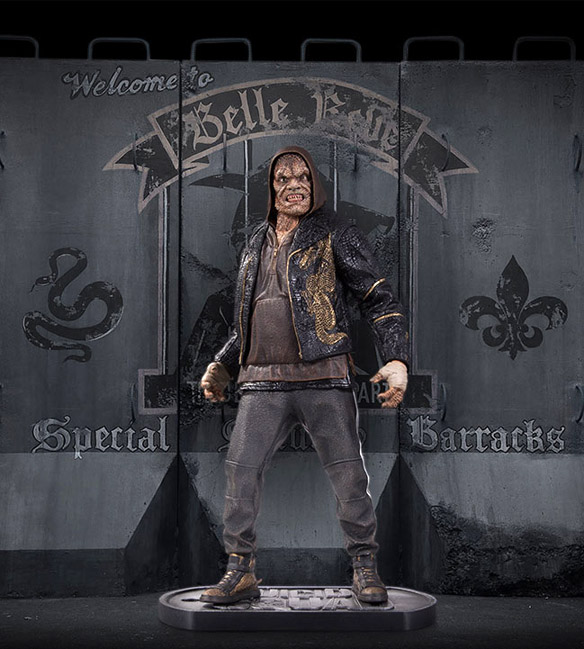 The man with one heck of a skin condition works up an appetite as the Suicide Squad Killer Croc Statue.

Based on Adewale Akinnuoye-Agbaje’s portrayal of the cannibalistic character in the Suicide Squad movie, Killer Croc stands approximately 12-inches tall and features the DC Comics villain in his movie-accurate costume.

The Suicide Squad Killer Croc Statue will be available July 2016 but it can be pre-ordered now for $119.99 at Entertainment Earth.

You probably don’t get down into the sewers much and you probably don’t live in Gotham, but you likely already know Killer Crocs reputation. He’s the toughest sewer-dwelling villain in Gotham and now he will take up a place on your favorite shelf. The Batman […]