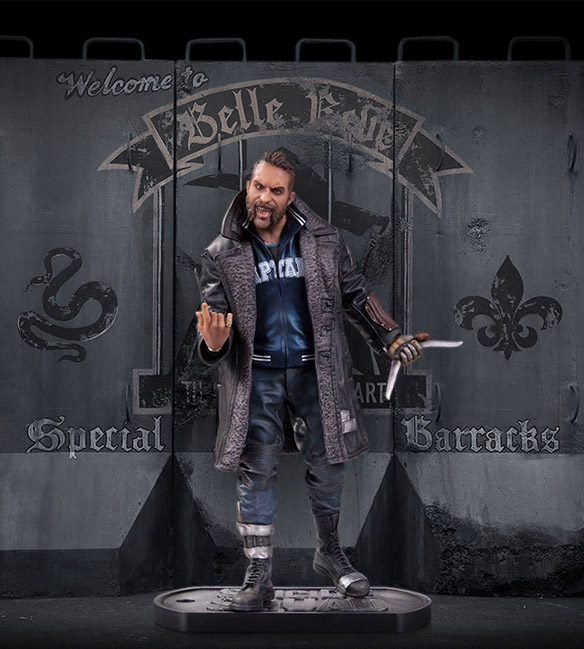 An unlikely villain steps into the spotlight with the Suicide Squad Boomerang Statue, proving that you can’t keep a good – or even bad – Aussie down.

In the comics, Captain Boomerang has worked with the Suicide Squad on several missions so it makes sense to include the character in the film. However, with his flamboyant nature and somewhat silly costume, Jai Courtney’s Boomerang has probably undergone the biggest transformation from comic book to big screen.

The Suicide Squad Boomerang Statue will be available October 2016 but it can be pre-ordered now for $119.99 at Entertainment Earth.

Summer is coming, so it is time to look at some cool outdoor toys like this Switchblade Boomerang. This boomerang can be folded up to fit into your pocket, with the blades quickly popping out when you hit the spring-loaded button. Although you can imagine […]

You can’t scale buildings with it or even fold it for storage in your utility belt, but the Returning Batarang Boomerang still looks like something fun to have because, unlike most batarangs you see in the real world, this one does more than sit on […]

When I was much younger, I would go on camping trips with cousins and friends during the weekends. After roasting marshmallows and telling stories while we were gathered around the campfire, a lot of us would turn in for the night because of the lack […]