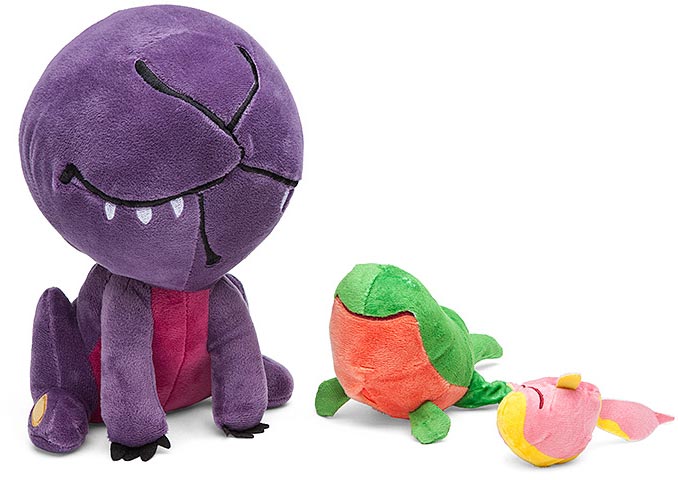 Hide your cat because the Stranger Things Dart Nesting Doll SuperCute Plush has arrived from the Upside-Down.

On one hand, when your life has included battling beasties from another dimension, it’s probably not smart to bring home the strange little creature you found rooting around in your trash, even if it does have the good sense to like Three Musketeer bars.

On the other hand, Dustin’s act of kindness made it possible for him and his friends to escape when Dart allowed them to slide by while he chowed down on what would be his last meal. Fortunately, you don’t have to risk losing your cat or getting attacked by a pack of demodogs when you bring this cute-looking plush home.

Just like in Season 2 of Stranger Things, Dart starts off as a little 1-inch pollywog, then transforms into a 2-inch slug with legs, and then finally a 9-inch demodog. Each stage of Dart fits inside the other, making it super easy to keep track of the little guy. 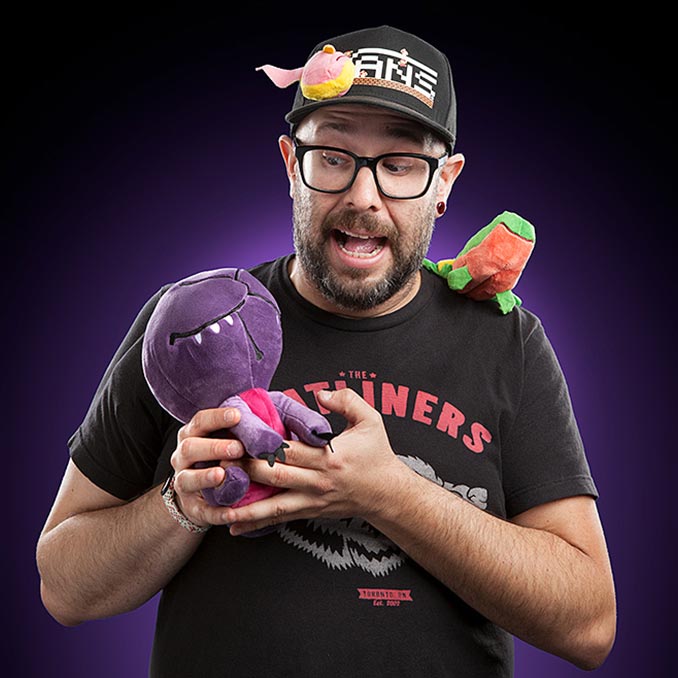 Update June 2018: They are finally available at Think Geek. They’re still on pre-order status at Entertainment Earth, but should be available very soon.

My sister was in a huge bind when her four year old son kept pestering her for a set of darts after seeing a movie with some guys shooting darts with friends. So what’s a kid-friendly alternative to regular, old darts? The FishingDarts Magnetic Dart […]

Awww! Check out the Stranger Things Dart Demodog Pop! Vinyl Figure. Doesn’t it have the cutest smile? Based on the 3 Musketeers-loving creature in the second season of Stranger Things, Dart the Demodog stands approximately 3 3/4-inches tall and features the yellow splotch that helps […]

If you consider yourself a Jedi at the game of darts than this Star Wars Dartboard is for you. Use the force as you aim and shoot your darts. The artwork of Leia from Return of the Jedi is done by Adam Hughes. You get […]

Did you like those Bullseye Party Picks we showed you recently? They look dangerous enough to land in 007’s martini glass, straight through a couple of stuffed olives. If you’re holding a swanky cocktail party, maybe you’ll need some extra coat hooks to hang your guests’ coats and […]

This Marvel Comics Deadpool Wood Nesting Doll Set gives you a bunch of Deadpools for one price. They are going to look great on your desk or shelf. These detailed, solid wood, fully decorated dolls each fit inside the other. They range from 1 1/2-inches […]