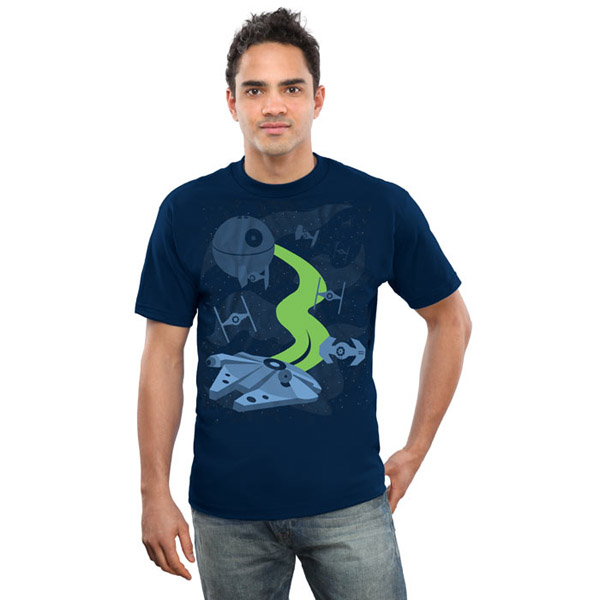 Han Solo works some major moves with the Millennium Falcon on the War in Our Stars T-Shirt.

There’s plenty of action in the Star Wars movies but some of the most exciting scenes involve the Falcon outrunning Star Destroyers, blasting TIE fighters out of the sky, and evading asteroids as they tumble through space. No single image could capture all that action but this navy blue, 100% cotton shirt comes close, with the Falcon out-maneuvering TIE fighters as it escapes the Death Star. 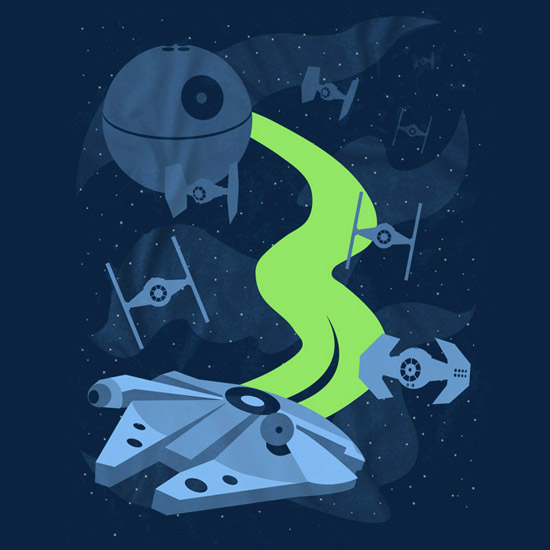 The War in Our Stars T-Shirt is available for $19.99 at ThinkGeek.com.

This Star Wars Death Star Mirror Set is no moon. It’s a large Death Star mirror with 4 TIE Fighters + 1 TIE Advanced mirror. These mirrors feature peel-and-stick backing that extends across the entire piece. It is perfect for the Imperial officer in your […]

Geek Life Is Normal But We Have Death Stars T-Shirt

Forget about being chosen by the thug life because the Geek Life Is Normal But We Have Death Stars T-Shirt shows why you should pursue the geek life. Available in a wide variety of tie-dye colors, this 100% cotton tee reveals the secret awesomeness of […]