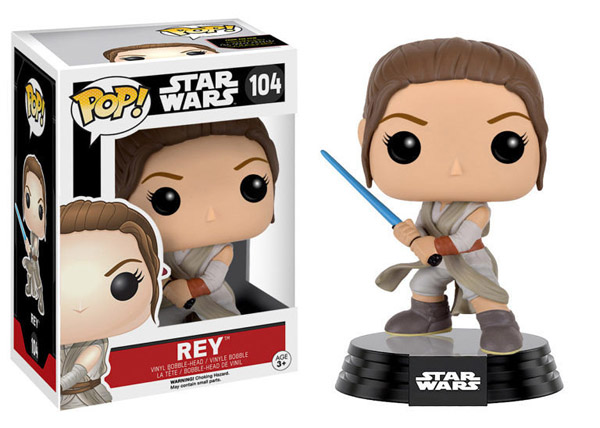 Rey takes her first steps towards becoming a Jedi with the Star Wars: The Force Awakens Rey with Lightsaber Pop! Vinyl Figure.

Was Rey a student at Luke Skywalker’s Jedi Academy? Did she see the massacre brought about by Kylo Ren? Perhaps we’ll find out in a future film but for now it’s easy to be content with this approximately 3 3/4-inch tall vinyl figure featuring Rey looking tough as she wields Luke’s lightsaber for the first time.

The Star Wars: The Force Awakens Rey with Lightsaber Pop! Vinyl Figure will be available July 2016 but it can be pre-ordered now for $11.99 at Entertainment Earth.

The cute Funko Pop! Vinyl figures look a little less cute on the Star Wars: The Force Awakens Kylo Ren Vs Rey Pop! T-Shirt as the Dark Side and the Light Side prepare to do battle. If your vinyl figures ever decided to wage war […]