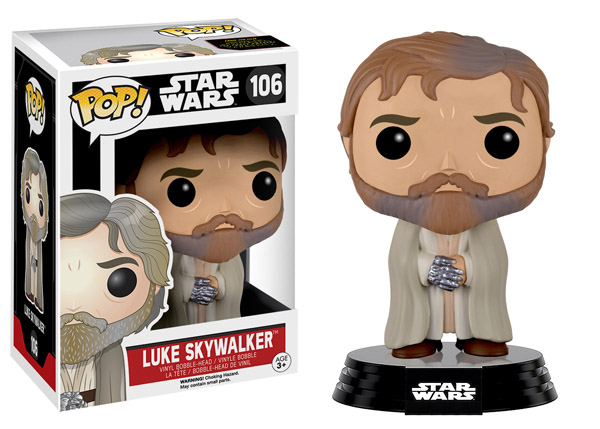 The Star Wars: The Force Awakens Bearded Luke Skywalker Pop! Vinyl Figure has arrived and you don’t even need to watch 99.8% of a movie to get a look at him.

Luke Skywalker, the young farmboy who helped free the universe from the iron grip of the Emperor, is back, and he has an epic beard.

Standing about 3 3/4-inches tall, the figure reveals Luke’s new look, which is sort of shocking since he had a thing for all-black the last time we saw him. He also still has his metal hand, which now looks like actual metal. I guess the years weren’t kind to that synthetic skin.

The Star Wars: The Force Awakens Bearded Luke Skywalker Pop! Vinyl Figure will be available July 2016 but it can be pre-ordered now for $11.99 at Entertainment Earth.

Red Five will be standing by when you add the Luke Skywalker Red Five X-Wing Pilot Sixth-Scale Figure to your Star Wars collection. Before he was a Jedi Master, before his confrontation with his father, the farmboy from Tatooine was a pretty decent X-Wing pilot; […]