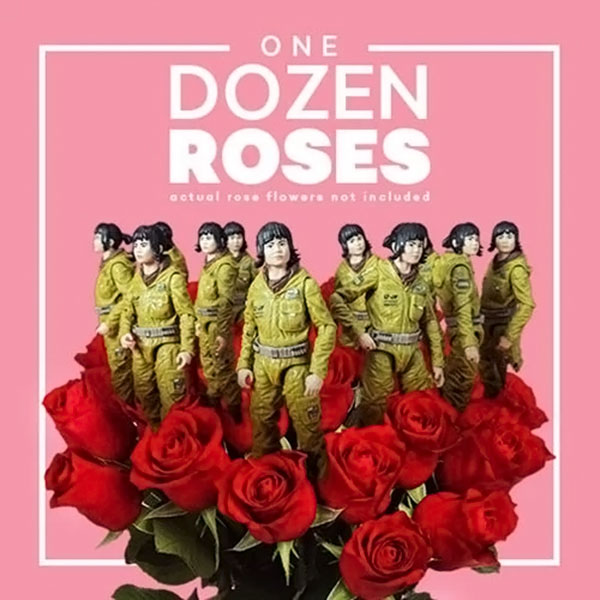 A dozen roses is such a clichéd Valentine’s Day gift, that it’s not likely to impress your sweetheart. However, this Star Wars The Black Series One Dozen Roses is certainly unique and is sure to impress (or at least surprise) a Star Wars fangirl.

There are no flowers in this dozen roses because it is a case of 12 Rose Tico action figures. Yes, that’s right, it’s a full dozen Star Wars The Black Series Resistance Tech Rose 6″ Action Figures.

This case of 12 Star Wars The Black Series Resistance Tech Rose Action Figures is available at Entertainment Earth for just $19.99, a discount of 92% off the list price of $239.88. That means you get 12 of these for the same list price of just one!

These Star Wars Black Series 6″ Action Figures are the first 6″ scale Star Wars action figures and the detail on them is stunning. You can choose from Luke Skywalker, Darth Maul, R2-D2, or the Sandtrooper, with more figures coming soon. The force is strong […]

If you want to impress her this Valentines Day, go for the gold. Gold flowers that is. These 24k Dipped Gold Rose Foil Flowers should win her over. You get a rose about 12″ tall that is 24k Gold plated and you also get a […]

It sure seems wasteful and boring to give the same old flowers and candy on Valentines. This year, give a unique gift to your sweetheart from the ThinkGeek Valentines Day Sale. There are over 100 items on sale for up to 80% off! There are […]

Flowers In a Can

The simple gift of flowers to loved ones can get you out of a lot of problems and you never know when you’re going to need them. With Flowers in a Can you never have to worry about closed flower shops again. If your girlfriend […]