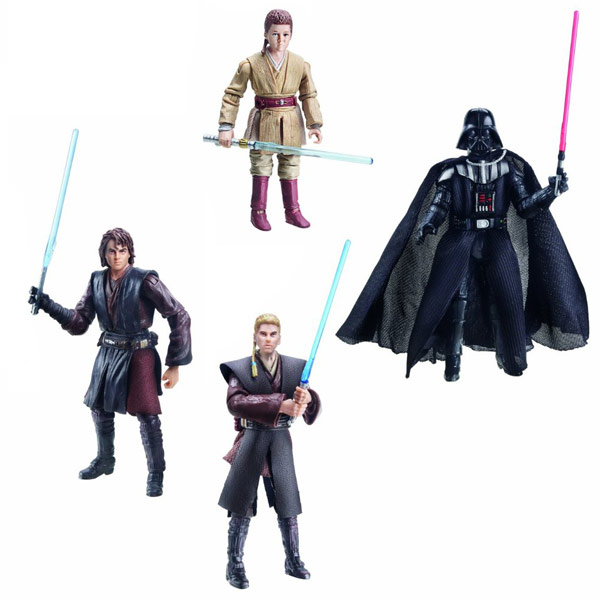 No character in the Star Wars universe has lived such a wild life as the boy who would grow up to become Darth Vader, and the Star Wars Evolutions Anakin Skywalker to Darth Vader Action Figure Gift Set captures the transformation from whiny brat to tyrant of the whole universe.

Now you can relive the adventures of Obi-Wan Kenobi’s fallen student at all stages of his life, with action figures that capture four distinct stages of Anakin’s story:

Each articulated figure is armed with a lightsaber.

The Star Wars Evolutions Anakin Skywalker to Darth Vader Action Figure Gift Set will be available later this month but can be pre-ordered now for $36.99 at Entertainment Earth and $34.99 at Amazon.com.

You can get two action figures in one with the Star Wars Anakin Skywalker to Darth Vader Action Figure and recreate Anakin’s fall from Jedi to Sith Lord. With this figure, you become the master of Anakin’s fate. Will he be able to redeem himself […]