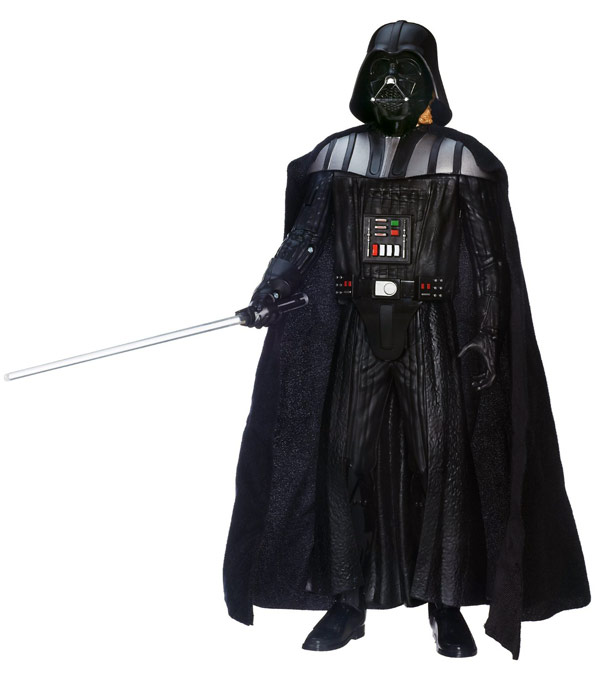 You can get two action figures in one with the Star Wars Anakin Skywalker to Darth Vader Action Figure and recreate Anakin’s fall from Jedi to Sith Lord.

With this figure, you become the master of Anakin’s fate. Will he be able to redeem himself and leave the personality of Vader behind? Will he even succumb to the power of the Dark Side at all? 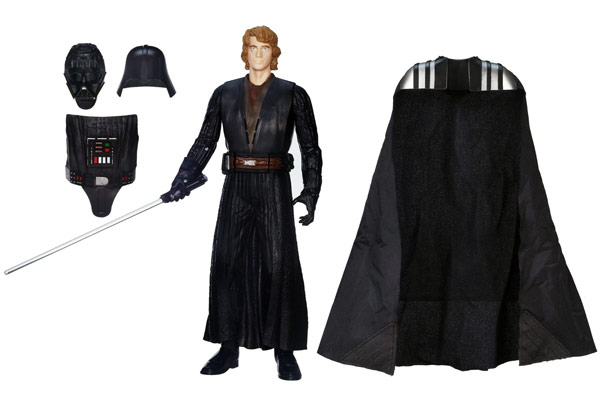 When in Anakin Skywalker mode, the Jedi’s lightsaber lights up blue and the figure quotes a few of Anakin’s lines from the movies, but the Dark side of the Force proves to be too powerful for him when you put the chestpiece, shoulder armor, mask, and helmet on him. Now, the dark lord’s lightsaber surges with red energy and he speaks some quotes of Vader’s from the films, along with that familiar breathing sound that everyone associates with the Dark Lord of the Sith.

The Star Wars Anakin Skywalker to Darth Vader Action Figure is available for $21.27 at Amazon.com.

Bring home the moment Anakin took his first steps towards the Dark Side with the Revenge of the Jedi Anakin Skywalker VS Tusken Raiders Polystone Diorama. Born into slavery on Tatooine, little Anakin seemed almost destined to become a Sith lord but life started going […]