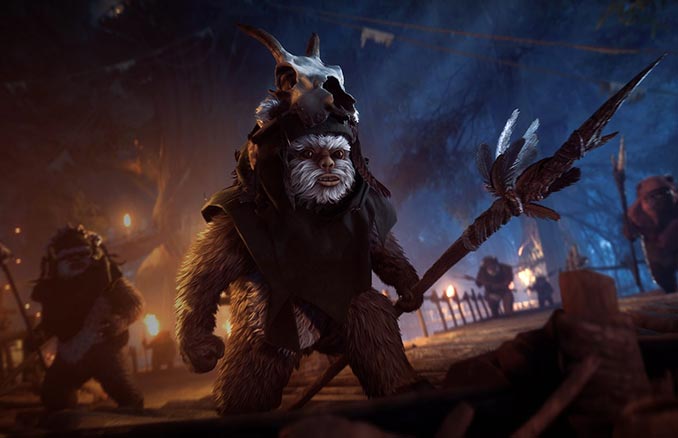 Watch the Star Wars Battlefront 2: Ewok Hunt – Night on Endor Trailer to see what’s in store for this limited-time mode that will be available starting April 18. In this new mode you start out as either an Ewok or one of a group of stormtroopers. The Ewok ambushes the stormtroopers, and each time a stormtrooper dies, he respawns as another Ewok. If all stormtroopers are eliminated, the Ewoks win. However, stormtroopers have flashlights as well as an arsenal of weapons at their disposal, giving them a chance to hold out until the extraction team arrives.

Beneath the evening skies of Endor, the might of the Empire means little to the Ewoks as they fight for control of their home world. In Ewok Hunt*, Star Wars™ Battlefront™ II’s exciting new mode, spears and blasters battle for dominance as a squad of stormtroopers are ambushed by a tribe of Ewoks descending from the trees to channel their hidden fury. Available only for a limited time, Ewok Hunt lets you stalk your Imperial enemy under the cover of night, or desperately fight to hold off the pint-sized throngs until you can escape. 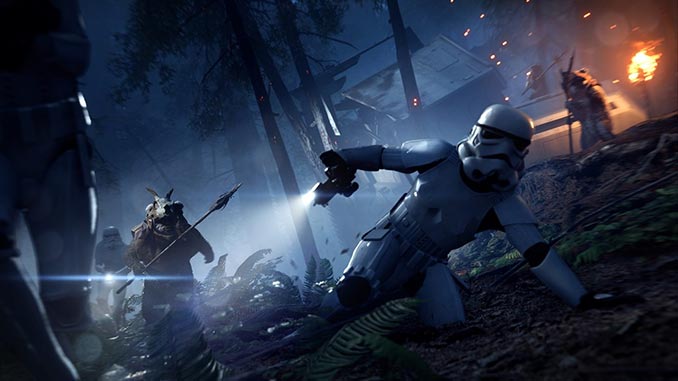 In the new mode, you start as an Ewok or in a group of stormtroopers. The ambush begins as the Ewok attacks the unsuspecting stormtroopers, using spears, Wisties, and whatever abilities they can muster to take down the intruders. Each stormtrooper defeated spawns as another Ewok. If the Empire’s forces have been completely eliminated, the Ewoks win and their celebration can begin. 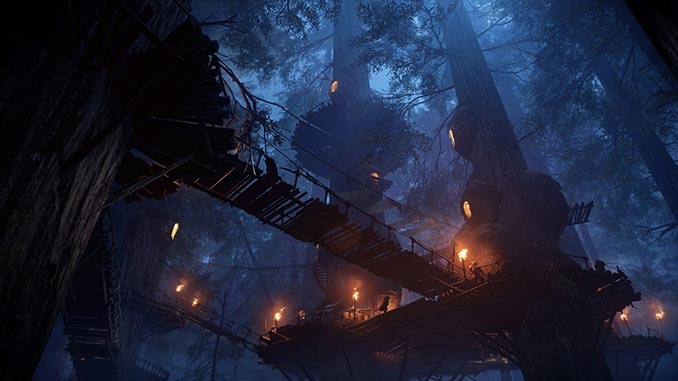 However, the stormtroopers’ superior training and firepower are more than a match for the frantic Ewoks. Armed with an arsenal of weapons as well as flashlights to cut through the darkness, players must hold back the Ewok ambush if they have a hope of surviving until an extraction team can arrive. 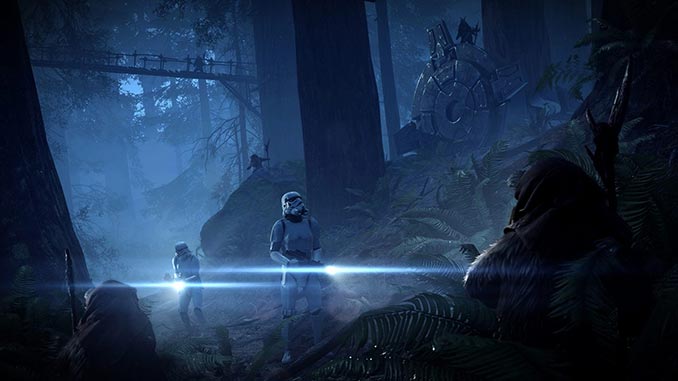 Anybody that loves the cute and cuddly Ewoks from Endor will adore this Star Wars Ewok Mini Backpack. No Ewoks or animals are harmed in making this backpack, because it is constructed of faux fur and faux suede leather. It is certainly much more adorable […]

Ewoks are adorable. As long as you aren’t an Imperial who has to fight them. If you love Ewoks you will love this Vintage Reproduction Plush Ewok. Give him a good home. These Ewoks are based on the Kenner collection from the mid-80s and they […]

This Ewok Ladies Hooded Tank Top will make you look like a very cute Ewok. How will you “Endor” all of the compliments? Whenever you want to look like an Ewok, just throw this tank top on. Then starting poking stuff with a spear. The […]

Who doesn’t love Ewoks? They are cute and cuddly, but also able to take care of themselves should the Empire invade their homeworld. Now you can have a whole tribe full of Ewoks with this Star Wars Action Figure Ewok Pack. You get 5 Ewoks […]

The Ewoks show the stormtroopers who the bosses of Endor are on the Ewok Celebration T-Shirt. Does the sight of a blood-soaked Ewok make you cringe as you fondly remember the cute little teddy bears dancing around a campfire, occasionally saying something adorable like yub […]