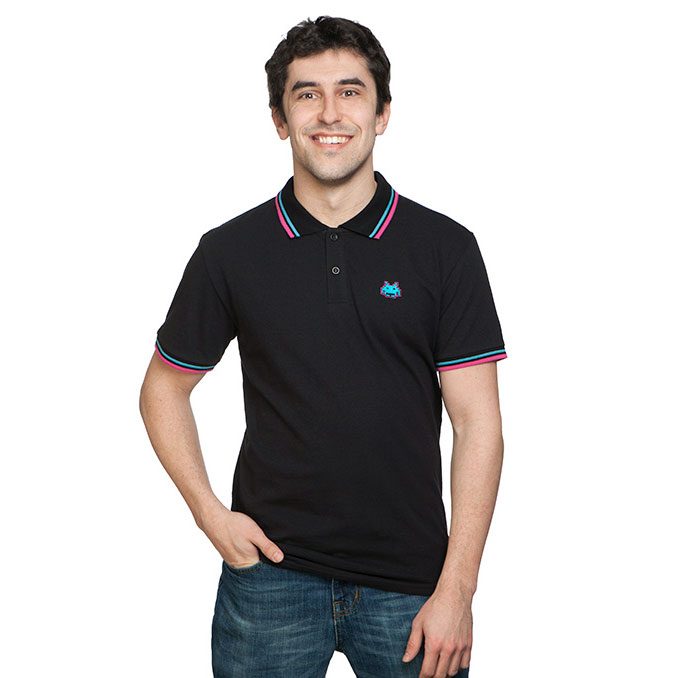 Sometimes the little things are the best things. This Space Invaders Polo is subtle enough to be worn to most jobs and cool enough to garner a few high-fives from coworkers old enough to remember the classics.

In 1978, a signal was detected. While scientists attempted to decode it, ships began appearing in the sky. They moved one direction, then down a little, then in the other direction. The closer they got to the planet, the faster they moved. They fired down upon us, destroying our defensive bunkers and our anti-alien laser cannons. They were invaders from space, and their story is one of the most beloved of all classic video games. Bring a little retro love to your wardrobe with this Space Invaders Polo. 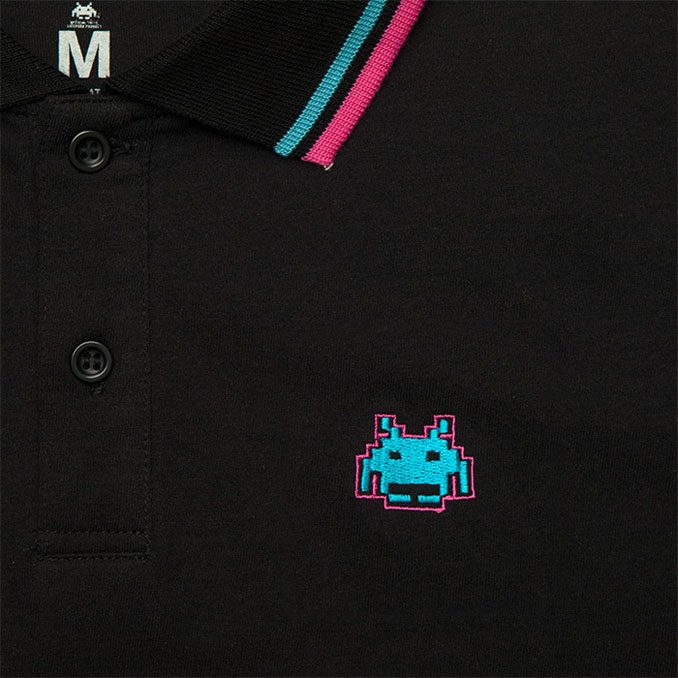 You can purchase the Space Invaders Polo at ThinkGeek.com.

Get ready for a whole new spin on Jenga. Space Invaders Jenga takes the game and adds some awesome retro video game style. This Space Invaders-themed Jenga set even has a second type of game play. As you remove blocks, you’re also trying to move […]

Add a touch of geek to your business casual attire with this Space Invaders Polo Shirt. Everyone loves the Space Invaders. Now you can wear one and still look Earthbound. This polo shirt is stain, wrinkle, and odor resistant and it is even an officially-licensed […]

We’ve seen many Space Invaders items, like keychains or  even a large Space Invader chair, and it makes you wonder if these aliens are using these products to lull us into a false sense of security so they can more easily wipe us out. Then […]

Keychains are a cool and simple way to get something new and geeky at an affordable price.  The officially licensed Space Invaders Reflective Keychains make great gifts and always bring back the fond memories of the days when video games were simple and fun.  These […]