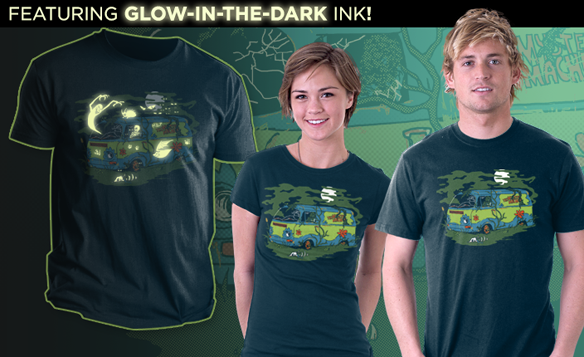 From the looks of the Scooby Doo Haunted Old Van Glow-in-the-Dark T-Shirt, those pesky kids finally stumbled across a mystery they couldn’t solve.

The artist known as wytrab8 has created a scene that should send plenty of creepy vibes through fans of the old Scooby Doo cartoons as we see a trashed Mystery Machine being overgrown by vines. Add in a little glow-in-the-dark ink, and it’s revealed that the old van isn’t actually abandoned, though, because ghosts swirl all around. Also, there’s a skeleton sitting in the driver seat, hinting that at least one of the gang definitely didn’t make it out alive. Since Fred was the one usually driving, I’m betting that it’s him. 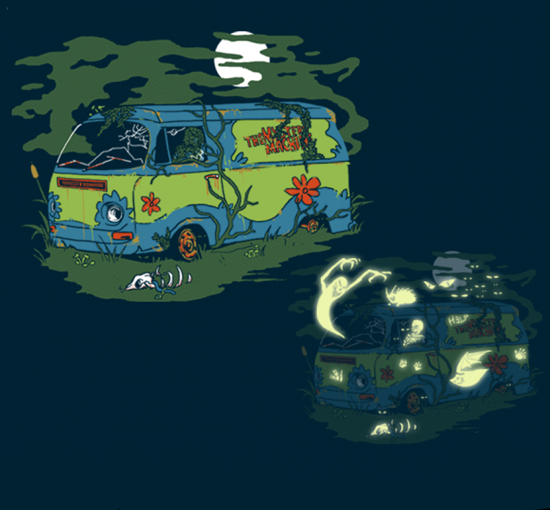 The Scooby Doo Haunted Old Van Glow-in-the-Dark T-Shirt is available for $18 at TeeFury.

This Scooby-Doo Mystery Machine Dorbz Ridez with Fred Vinyl Figure is an adorable scaled down version of the the van that Scooby and the game use to solve mysteries. Mystery Inc. would be nothing without the Mystery Machine! This green and aqua colored van is […]