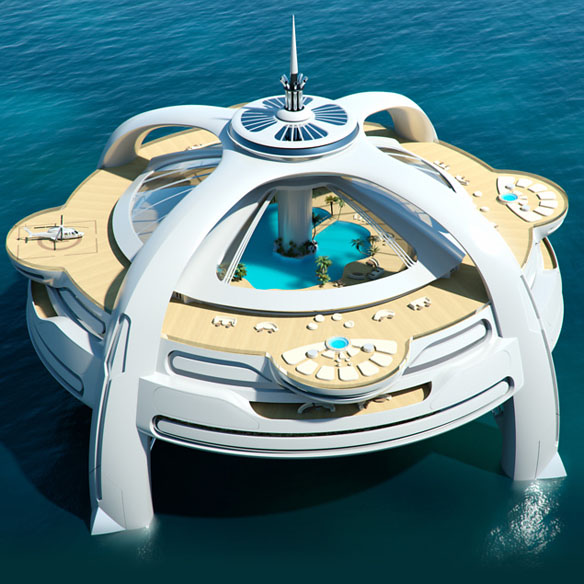 Do you know someone that has just about everything? And I’m not just talking about good looks, money, intelligence, friends; this is the person that when you bring up something new, they pull it out of their closet like its old news. Yeah, you know where I’m coming from, but GeekAlerts has got something that should put everyone back in their seat….until of course several Russian billionaires start playing bumper boats with them.

Project Utopia, which is probably going to set you back several hundred million, is the concept design of Yacht Island Design and BMT Nigel Gee and looks like something that belongs in a James Bond movie. At 100 meters in diameter and with 11 decks, this mobile floating island is set to revolutionize what we call island living. This floating island is capable of speeds up to 15 knots and has a 360-degree view of the ocean, pool, helicopter pad, and an observatory that is 65 meters above the ocean sea level. Not too shabby! 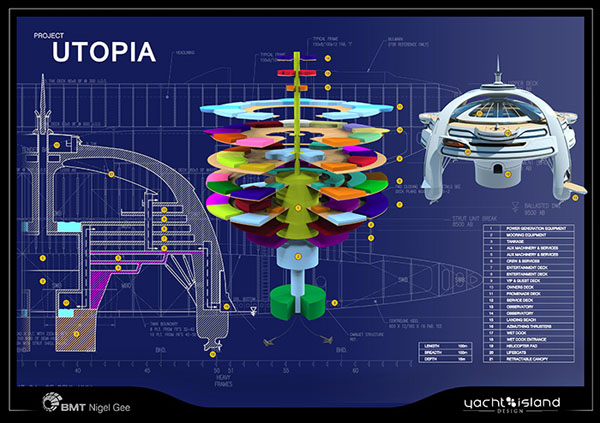 It’s ideal for ocean-going megalomaniacs bent on world domination. And you needn’t worry about puking on your Nehru jacket because this floating behemoth is designed for minimum motion, even in the most extreme sea conditions.

Each ‘leg’ supports a fully azimuthing (no idea, even after Googling) thruster, so Project Utopia can move between various locations at slow speeds. ‘You must’ve been seeing things Billy. Now eat your ice cream and shut up!’ 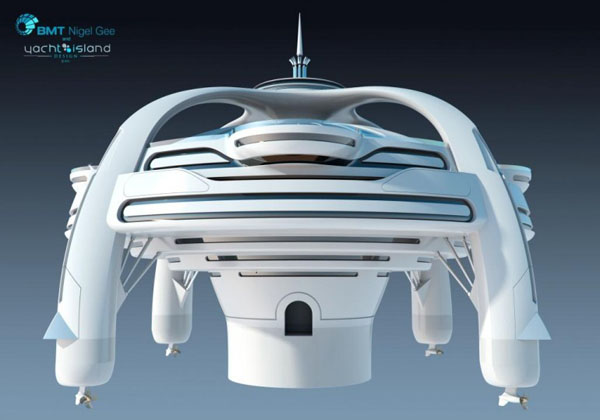 You can’t purchase Project Uptopia as of yet, but if you’re actually even considering it, call me, we should hangout.

Here we have a low-tech fanless take on those USB laptop cooling pads we have recently seen in the shape of penguins and dogs and a Chinese opera face mask.

I’ve gone to my fair share of camping trips back when I was still a kid. The camping part, I liked. The morning after, not so much. Usually we either spent another half day or so before heading back to the city. And since we […]

If you are looking for a phone that will set you apart from your millionaire friends, look no further than the Grand Monaco Collection Pure Black Phone. Designed by Gresso as an exclusive Grand Monaco collection model, this limited edition phone is designed in extravagant […]

There are mouse pads of all kinds on the market, but it’s the Mario World 8-4 Mouse Pad that serves as a visual reminder how to get the tough jobs done.  When the pressure is on and it feels like you have an impossible task in front […]