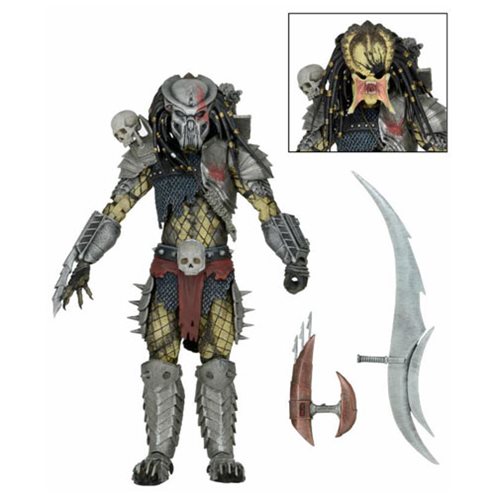 This ultimate rendition of Scarface stands over 8″ tall, with over 30 points of articulation for some truly great poses. Scarface is extra-detailed, and comes with 2 interchangeable head sculpts. You also get the Spear Gun and Maul accessories!

Even the box is awesome. It is a special window box with an opening flap that recreates the look of the original video game box. Only $24.99 from Entertainment Earth. Pre-order him now for August.

This Predator 7-Inch Scale Series 16 Action Figure Set gives you three versions of the alien hunters known as Predators. You get the Spiked Tail Predator, Stalker Predator, and Ghost Predator. Each Predator comes with character-specific accessories, like removable masks. Stalker even glows in the […]

Even evil Sith Lords need to carry wallets. How else would they hold their Star Wars Collectible Silver Coins? This officially licensed Star Wars Darth Maul Wallet is the perfect gift for Star Wars fans young and old. Not as intimidating as Darth Vader, but […]